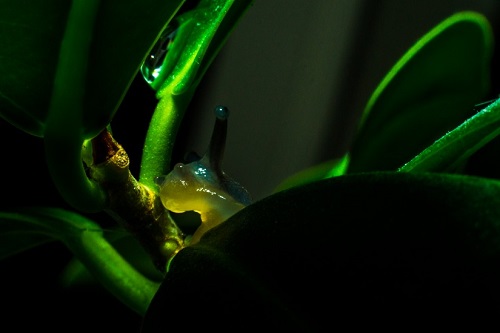 Web developers make the Internet world turn. They not only create some of the top websites in the world, but develop revolutionary new technology. Many developers started out experimenting with code, which later became a passion. A hefty dose of creativity makes all the difference, along with a passion for whatever your site’s content is about. Learning about some of the big names in web development today will help fuel your passion for learning more about web development.

There are few discussions of web developers that don’t at least mention Matthew Levine. He has been at Google since 2009, making up the company’s elite web development team. In addition to working at Google, he is a current contributor to A List Apart, a site for the web design and development community. Levine also has experience at Technorati, a publisher advertising platform, and Infocraft, one of the leading global web design companies.

Besides his web development experience, he also has experience as a teacher, providing a unique take on his approach to development. In addition to updates about important goings-on at Google, Levine also provides a look at technical developments in and around San Francisco, as well as information on activist causes. Levine attended Dartmouth, where he earned a BA in Physics & Philosophy.

Gina Trapani stands out as one of the most innovative web developers around today. She founded Lifehacker, one of the top sites that people go to for productivity and software information. This site has become a household name for many Internet users and continues to grow in popularity. Her experience inspired her to write Lifehacker: The Guide to Working Smarter, Faster, and Better, a book currently enjoying its third edition.

Her credentials also include co-founding ThinkUp, creating Todo.txt and hosting All About Android and This Week in Google. ThinkUp is the leading app that provides insights about users’ social media activities. Todo.txt is a tool that tracks tasks and projects in a single file, demonstrating Trapani’s flexibility in development. As a host of This Week in Google and All About Android, she brings her technical knowledge to a broader, global audience. Her creative works shows how successful the right type of website can be and how quickly it can gain momentum.

When you think about the big names involved in app development, one of the names that should come to mind is Roman Nurik. His position at Google is an influential one, where he’s a Design Advocate. The apps he develops are for Android and Chrome, making them accessible to a rapidly-growing group of mobile device users around the world.

One of his most popular apps is Muzei Live Wallpaper. This app is unique in that it serves users with a variety of artwork to use as wallpapers. Nurik makes regular contributions to the Android Developer Blog, bringing his skills to other app developers. The Android Developer Blog is one of the biggest, and most trusted, blogs dedicated to development.

If you use Shopify or have ever considered using Shopify, Jonathan Snook is a name you’ll want to learn more about. As a designer with this popular e-commerce platform, he is at the forefront of all the top technology currently used in the industry. The Shopify app makes it easier to reach customers through social media pages, as well as traditional shopping pages. It is quickly becoming one of the largest e-commerce platforms, with advanced features that many site owners rely upon for a better customer experience.

The technology he uses in the development of apps and sites includes Java, CSS, and HTML. His sites and applications are for many environments, from mobile apps to applications for use on desktop computers and laptops. Because he has such diverse experiences in his design work, the applications and websites that he has created have a large following.

David Walsh stands out as one of the founders of Mozilla, a technical giant that started out as a small startup. Today, Mozilla is a household name, largely because of Walsh’s influence and expertise. He describes his job as one that involves making sites work, rather than designing them.

Walsh’s experience also includes MooTools, Javascript, CSS, and PHP. Even though his role in web development is different from that of a traditional web designer, it is just as important as what the designers do. Many people have found that creating tools to make sites work more effectively is fulfilling work and are interested in following this example after learning about what Walsh has achieved.

Pieters is a Belgian developer with a lot of influence who has taken her level of influence in stride. She was nominated for a Best Designer of The Year Award from the .Net Awards, securing her place as one of the best in the web development world. She blogs at Veerle’s Blog, gaining a global audience that takes her opinions seriously.

Her other solid credentials include being a design lead at Fab and being the co-founder of Duoh! Fab is one of the top sites that people use to find design products and connect with other designers. Duoh! is a popular graphic design firm with a strong dedicating to building memorable brand identities.

Sutton has one of the largest followings on Google Plus, due to his willingness to engage with followers who have questions about his experience and activities. He is an Android developer with some of the longest coding experience in the industry. The extensive coding experience he has enabled him to design good apps that have a large user base.

In addition to his long experience as a coder, he also brings experience as a company director to the table. Sutton’s most popular achievement is his founding of Funky Android. This company that he founded provides services that include a password safe for better device security when running apps.

One of the most respected figures in the world of coding is Wolfram Rittmeyer. He is passionate about developing Android applications, as well as Linux. One of his top interests is also keeping up to date on everything related to Android use. He shares what he finds out about with his followers, who eagerly look forward to his regular updates.

Rittmeyer is a serious Glass Fish user, in addition to his other development activities. Glass Fish is one of the top open-source application servers available, and has attracted a lot of attention from users previously used to other application server choices. Rittmeyer’s endorsement of this program has been very influential in generating more interest in it.

Coyier is best-known for his design work at CodePen, which has given him the industry reputation he currently enjoys. He hosts Shop Talk with David Rupert and other guests, where they discuss the latest developments in web design. At his current employer, CSS Tricks, he writes and screencasts about the latest news in web development.

Developers who get involved in community engagement not only increase their reputations, but also bring awareness to the use of the apps that they help develop. Podcasts and similar types of programs usually attract a large following. Screencasts are a new take on this popular form of online interaction.

Lazaris is a front-end developer based in the Toronto area. As an author with Smashing Magazine, he is a trusted authority in web development subjects. His works at Smashing Magazine include informative information about coding and UX, two of the hottest topics in modern web development. Lazaris’ works have attracted a large following both among professionals and users who like to follow the latest industry news.

Online technology magazines are now considered a reputable authority on computing and other related subjects. Lazaris’ time as an author at Smashing Magazine has been a contributing factor. Technology enthusiasts no longer see these online publications as somehow being inferior.

Mellen is one of the busiest developers on the web today. His background largely consists of church marketing and SEO practices. This unique perspective is one that has the potential to change religious organizations and their visibility in a major way.

Mellen has a series of videos that provide helpful advice for using Google Plus. These videos have made it much easier for social media newcomers to learn how to use Google Plus. Professionals who want to establish their presence on social media sites benefit from viewing these types of videos. In addition to these activities, he manages blogs and personal sites, as well as develops client sites. Taking part in these projects helps him keep his skills fresh and further boost his reputation.

Marks boasts one of the most impressive resumes of anyone in the technology business. With a Physics degree from Cambridge University and experience as a BBC video engineer, he has some of the most diverse experience in the industry. Five years of his work experience came from Apple, where he handled video capture and streaming services for OSX.

When he worked at Technorati, he was their Chief Engineer. Technorati is one of the technical sites that serious technology users rely on the most for current information, and Marks’ experience here helped it increase in popularity. Other employers he has worked with include Google and BT. One reason he is so well-known is because of his regular speaking events at conferences, which have made a larger number of people aware of the work that he has done.

Guo is one of the most creative developers in the technology industry. He is the CEO of Magnet Joy Games, which is becoming one of the most popular social game companies on the Internet. The company is geared towards a global audience, which gives it a competitive advantage in the current market.

His pet caring game as over 30 million users, making it one of the most popular social games in the world. Social games have made up a huge part of the gaming industry for several years, and Guo’s expertise has changed the way that people see these games for the better. In addition to managing his company Guo also has prior experience at Google as an ActionScript Engineer, which has helped give him the skills that played a major role in his current success.

Morita was not only one of the first people to use Google Plus before its official public launch, but was also the first person to announce her pregnancy using this platform. She is a systems administrator and web developer, leading to her self-description as Tech Geek. Some of the design experience she has includes WordPress, CSS, and Adobe Photoshop.

Morita is also Beatweek Magazine’s Senior Editor. This publication’s primary focus is articles of interest to iPad and iPhone users, with information on music and social networking. She writes about events of interest to users, interviews special guests and provides reviews.

Almaer co-founded Ajaxian.com, which serves the needs of the growing Ajax community. He has a passion for developer tools used on the web and leads at Mozilla group dedicated to the use of these tools. In addition to managing his blog, he contributes columns to openxource.com, TheServerSide.com, and ONJava.

One of the things that sets Almaer apart from many other developers is his regular presence at technology events. Google I/O, Future of Web Apps and Web 2.0 Expo are a few of the events where he has been a speaker. He is the founder of the Google Code Review program, started the Open Web Podcast and is the creator of Audible Ajax.

All of these web developers have valuable skills that others can learn from very easily. While there aren’t as many new designers who will work for a big tech company right away, what they can learn from these developers is valuable. The technology that these experts have created will shape the Internet for years to come.

← Learn How To Code | Install Laravel Homestead on Windows →