How Important Is C Programming In Modern Technology?
Mastering the Basics: Learning Loops in C

A Beginner’s Guide to C Programming

C is a general-purpose, high-level programming language developed in the 1970s by Dennis Ritchie at Bell Labs. It is a procedural programming language that follows a step-by-step approach to problem-solving. C is a compiled language, meaning the code written in C is translated into machine code that can be executed directly by the computer’s central processing unit (CPU).

C is widely used for various tasks, such as operating systems, embedded systems, and device drivers. It is also commonly used in developing high-performance applications, such as video games and simulations. C is the foundation for many other programming languages, including C++, Java, and C#.

One of the strengths of C is its ability to provide low-level access to the underlying hardware. This makes C well-suited for systems programming, where control over the hardware is critical. C also has a relatively small runtime, making it efficient and fast.

C is a powerful and versatile programming language, but it can be challenging for beginners. This guide provides a solid foundation in C programming, starting with the basics and gradually building up to more advanced topics.

Setting up a C Development Environment

On a Mac, the easiest way to set up a C development environment is to use the Xcode developer tools. Xcode is a free toolset provided by Apple that includes a code editor, a compiler, and a debugging tool. You can download Xcode from the Mac App Store. Once you have Xcode installed, you can use the built-in editor to write your C code and the built-in compiler to turn your code into an executable program.

You will need to install a C compiler such as GCC (GNU Compiler Collection) or Microsoft Visual C++ for Windows. You will also need a text editor like Notepad++ to write your code. After installing the compiler, you can use the command line interface to compile and run your programs.

Once your development environment is set up, you can start writing, compiling, and running your C programs.

It is also worth noting that if you are working on a Linux operating system, GCC is the most commonly used C compiler, and it’s already installed in most distributions, so you can start writing and compiling your code immediately.

The basic syntax of a C program is similar to other programming languages. It consists of functions, statements, and expressions. A function is a block of code that performs a specific task, and every C program must have a main function, which is the program’s entry point. Statements are instructions that tell the computer to perform a specific action, and expressions are used to calculate values.

C uses a variety of data types to represent different types of data. The most common data types in C are:

C uses a strict type system, meaning variables must be declared with a specific data type. For example, if you want to create a variable that stores an integer value, you would use the following syntax:

You can also initialize a variable with a value when it is declared:

It is important to note that C is a case-sensitive language, so the variable name “myInteger” is different from “myinteger” or “MyInteger”.

In this section, we have covered the basic syntax and data types in C programming. We will continue to build on this foundation as we delve deeper into more advanced topics.

The basic syntax of the for loop is:

The basic syntax of the while loop is:

The basic syntax of the do-while loop is:

Conditional statements and loops can help you create programs that can make decisions and repeat actions based on certain conditions. These concepts are essential for writing more complex programs in C.

Functions are blocks of code that are used to perform specific tasks. Functions can take input in the form of parameters and can return a value or output. Functions can also be called multiple times throughout the program, making it easier to organize and reuse code. The basic syntax of a function is:

Pointers are variables that store the memory address of another variable. Pointers are used to point to the memory location of a variable, which can be useful for efficient memory management and manipulation of data. The basic syntax of a pointer is:

Pointers can pass values to a function by reference instead of by value. Any changes made to the pointer inside the function will affect the original variable. Pointers can also be used to allocate memory for a variable at runtime dynamically.

Functions and pointers are powerful tools that are commonly used in C programming. Understanding how to use them effectively will help you to write more organized, efficient, and reusable code.

An array is declared by specifying the data type, the array’s name, and the array’s size in square brackets. The basic syntax of an array is:

For example, an array of integers with the name “numbers” and a size of 5 would be declared as:

Arrays are indexed, meaning each element in the array has a unique index number starting from 0. To access an element of an array, the array name is followed by the index number in square brackets.

Arrays and strings are important concepts in C programming and are used in various situations, from storing and manipulating data to creating more advanced data structures. Understanding how to use them effectively will help you to write more organized, efficient, and powerful programs.

For example, a structure to store information about a person might include variables for name, age, and address:

You can create a variable of this structure type and access its members using the dot notation.

A union is similar to a structure but allows you to store different data types in the same memory location. Only one member of a union can contain a value at a time, and when you change the value of one member’s value, the other members’ value will be overwritten. The basic syntax of a union is:

For example, a union to store different types of data might include variables for an integer, a character, and a float:

Structures and unions are useful for creating more complex data structures and organizing and manipulating data more efficiently. Understanding how to use them effectively is an important part of C programming.

In C, file input/output (I/O) operations are used to read and write data from files on the computer’s storage. C provides a standard library, stdio.h, which contains a number of functions for performing file I/O operations.

C provides a set of functions for performing binary file I/O operations, such as fread() and fwrite() for reading and writing blocks of data, respectively.

File I/O operations are important for reading and writing data from and to external files, and it’s a common practice to use them in a wide range of applications, from reading configuration files to storing and loading game data. Understanding how to use file I/O operations effectively is an important part of C programming.

One of the most important advanced topics in C is memory management. C does not have a built-in garbage collector, so it’s important to understand how to allocate and deallocate memory using functions such as malloc dynamically () and free(). This is also related to pointers and using pointer arithmetic to access memory.

Another advanced topic in C is preprocessor directives, such as #define and #include. These directives are used to define macros and include header files, respectively, and they can be used to improve the organization and maintainability of your code.

When it comes to best practices, one of the most important things is to write readable and maintainable code. This can be achieved by following conventions such as naming variables and functions in a consistent and meaningful way and using comments to explain the purpose of your code. It’s also important to use version control systems such as Git to keep track of your code changes.

Another best practice is to use defensive programming techniques to anticipate and prevent errors, such as checking for null pointers and validating user input. Additionally, it’s important to test your code thoroughly, using both manual and automated testing methods, to ensure that it works as expected.

In conclusion, C is a general-purpose, high-level programming language that is widely used for a variety of tasks such as operating systems, embedded systems, and device drivers. It is also commonly used in the development of high-performance applications. It is a powerful and versatile language, but it can be challenging for beginners to learn. This guide provided an overview of the basic concepts of C programming, starting with setting up a development environment, basic syntax and data types, conditional statements and loops, functions and pointers, arrays and strings, structures and unions and file Input/Output. Additionally, it covered some advanced topics and best practices for becoming a proficient C programmer such as memory management, preprocessor directives, and defensive programming techniques, and testing. Understanding and applying these concepts will help you to write more organized, efficient, and powerful C programs. How Important Is C Programming In Modern Technology? ICMP and IGMP: Understanding their Role in Networking 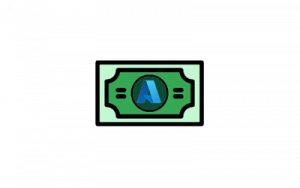 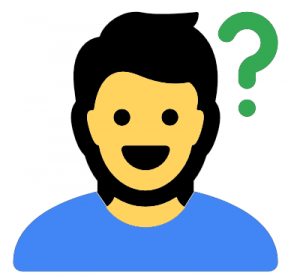