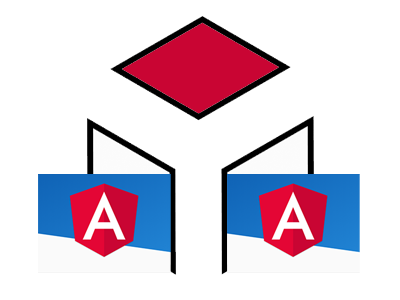 In the prior tutorial, we got a nice introduction to Angular JS and even used the Angular command line interface to get a project up and running. In this tutorial, we’ll look a little more closely at the code execution of an Angular application and the files that make up components in Angular. First we’ll add Bootstrap as a dependency to our project so that we can get some quick and easy styling right away. At the command line in the root of our Angular project, we can type the following.

This loads into the project and it is now a dependency in package.json as we can see here.

Configure angular.json to use Bootstrap

By adding Bootstrap as a dependency, we can now actually configure Angular to make use of those files. To do so, we open up the angular.json file and add the path to the bootstrap css file we would like to use in the “styles” section.

An Angular component starts as a class created in Typescript. It has properties which represent the data that can be used in the view, or template. It may also have methods for calculating any business logic needed. The template is the User Interface portion of a component which is written in html and determines what is seen on the page. 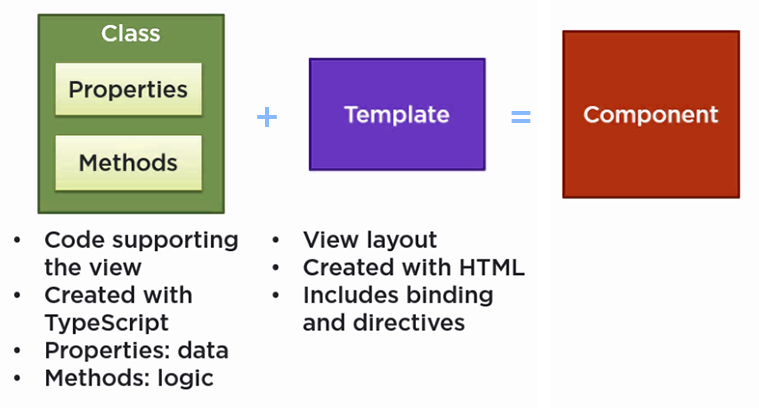 Test some markup in app.component.html

Let’s see if the Bootstrap styling takes effect in our Angular application now. To do so, let’s open up the app.component.html file and just add some simple Bootstrap markup that we found in the examples from the Bootstrap website. 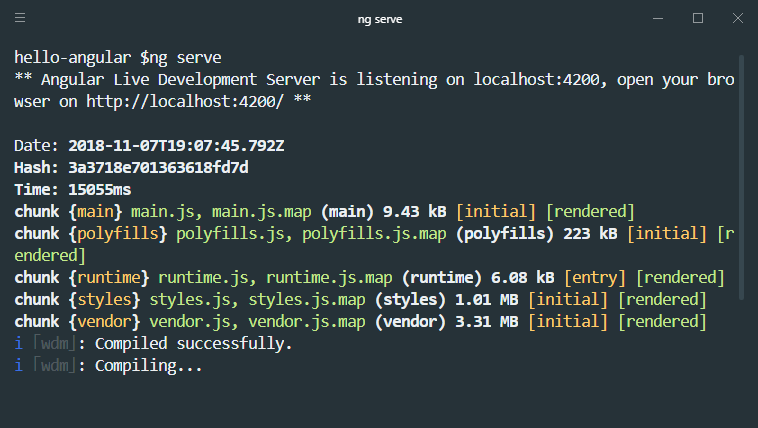 When we visit http://localhost:4200/ in the browser, the styling has indeed taken effect! 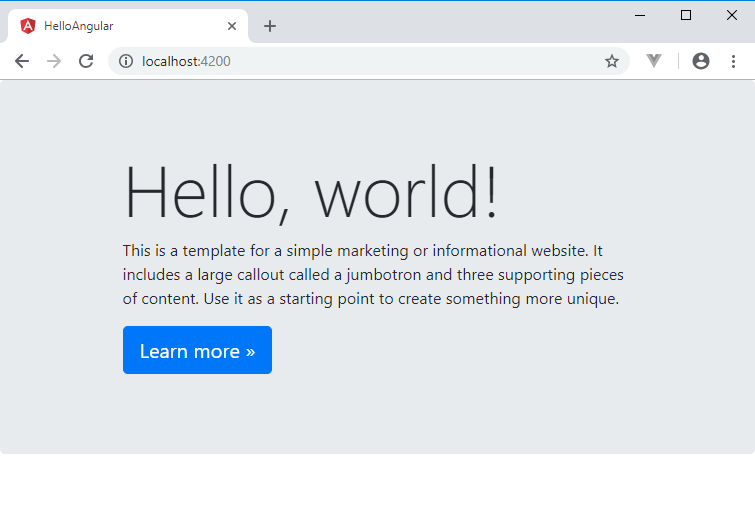 In AngularJS, it is the index.html file which is served when the application is running. In our single page application then, this is the single page which is served. You’ll note that we actually put the html code above in a file named app.component.html. So how did this html code get displayed when we loaded the index.html page in the browser? The Angular CLI created <app-root></app-root> as the root component of the application. It is this component that ties together the whole Angular application. We can see this mark up in index.html here.

A Component Has Several Files

In Angular, each component has several files associated with it. Ir we look in the src/app directory we can see all the files the command line interface created for us to build the main <app-root></app-root> component.

The first thing that Angular looks at is the selector property in the app.component.ts file. Notice that here it is a string value of ‘app-root’. Therefore, when Angular loads this component, it looks for a tag with the matching ‘app-root’ string and then replaces that tag with this rendered component.

If the index.html file is the main placeholder of the Angular application, then the main.ts file is where the starting point of the Angular script engine kicks off.

A quick summary of how Angular boots up based on the files above is as follows.

Components are a key feature in Angular. Each component has its own template, its own html markup, its own styling, as well as its own business logic. VueJS a nice way of wrapping all of these features up into what are known as Single File Components. In Angular, we keep these responsibilities in separate files. Components allow the developer to split up the complex web page into reusable parts. With this approach, you can create business logic once, and then use it as many times as you like.

Create Your Own Component

To better understand the file structure of Angular Components, we can go ahead and create one now. Now the app component that we already covered is kind of special. It is the root element of the entire single page application, and as such has a selector in the index.html file. New components that we create will not have their own selector in the index.html file but will be added to the app.component.html file.

Add A Sub Folder under /app 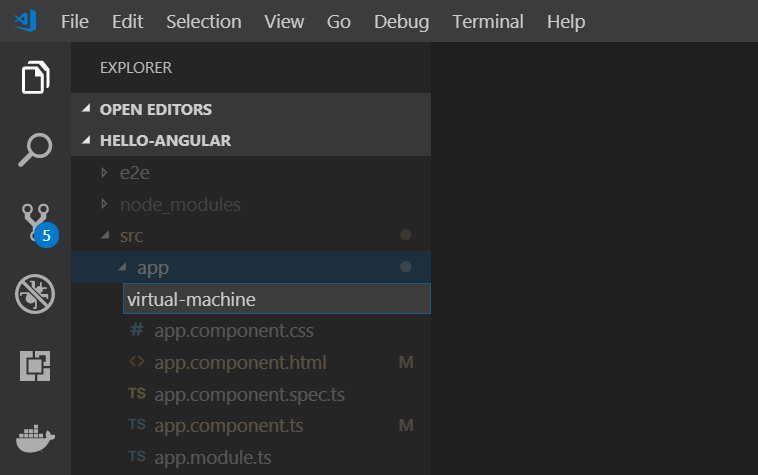 With our folder created, we can now add a file named virtual-machine.component.ts.

In addition to the Typescript file we just created, we also need to create the associated template file. This will typically be the same naming convention but with an html suffix. So we can also create the virtual-machine.component.html file in the same folder.

Define the TypeScript class for your component

Now can begin to build out the component but where do we start? Well in Angular, you can think of a component like a Class in object-oriented programming. In the case of Angular, it is a Typescript class which Angular will then instantiate as needed. We can place the following code inside of the virtual-machine.component.ts file.

You may be tempted to put your new component to use immediately! Before you can do so, you need to tell Angular about the new component and that it is ready for use. To do this, the component must be registered in the app.module.ts file.

The highlighted additions to the app.module.ts file above will register our new component with Angular. We can see that in the declarations array, there was already an AppComponent registered. To add our new component, we simply add a comma and then the name of our component which is VirtualMachineComponent. In addition to adding the name of our component to the declarations array, we also need to import this component as we see in the highlighted line.

We know that any new components can not be used directly in the index.html file of the Angular application. Where we can use them however is in the already existing AppComponent. Let’s open up the app.component.html file and add a reference to our newly created component.

Now in the background we still have ng serve running. If you check in the command line, you might see the application re compiling as we have made these new updates.

When visiting the browser, our newly created component is rendered out onto the screen. Excellent!

The idea of Components exist in all popular front end frameworks. As developers, we have a goal of creating focused containers of reusable business logic and design presentation. This is achieved in the form of Components. With Angular, we have learned that the root component of the entire application is <app-root></app-root>. This is created for you when building your Angular application for the first time using the Angular CLI. We don’t want to modify this component directly, but we can create new components that can be referenced inside of the containing app-root component. To do this we took the following steps.

Next up we’ll have a look at the Angular CLI to help create components and do the heavy lifting for us.