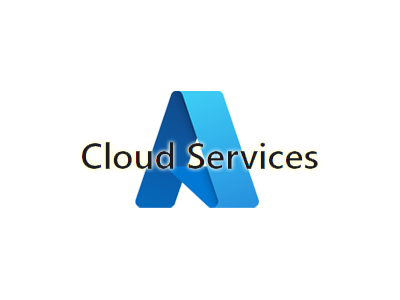 The Azure cloud service offerings is quite extensive. According to Microsoft, the Azure ecosystem is a collection that has more than 200 products and cloud services that can be leveraged to power any online business challenges. With Azure, you can manage your applications in a hybrid environment, across multiple clouds, or at the edge with any of your favorite tools and frameworks. With that being said the four most common types of cloud services with regard to infrastructure as a service are Compute, Storage, Networking, and Databases.

Compute describes the idea of a virtual computer that can run applications, programs, and code. Compute is a fundamental building block of the cloud computing layer. In its most basic sense, the term compute can refer to a physical server that handles processing, memory, and storage that is used to run operating systems like Linux or windows and possibly some additional virtualized networks. A compute server includes these components:

In the world of cloud computing, we often see something called a hypervisor that offers an abstraction of hardware where operating systems are run as virtual machines. This technique of hardware virtualization offers virtualized versions of CPU, memory, storage, and networking. you can have several virtual machines running On the same hardware and they will be fully isolated from each other.

The Storage Cloud Service is an offering where the user can read and write data to virtual file systems in the cloud. Often times you will interact with cloud storage via an API or web service, but you can also manage this service via the web portal. The actual infrastructure in the cloud that provides the storage might be something like a virtualized stack of drives managed by software. There are a few types of storage in the cloud including:

You may be familiar with LAN/WAN Networking concepts such as Switches, Routers, MAC addresses, and IP addresses. When dealing with Networking as a service in the cloud, we find that these familiar concepts become abstracted away from the underlying hardware. What you are left with is virtualized networks that can be managed via API or the Portal. Users can create and manage software-based network interfaces, firewalls, load balancers, and routing functions all in the cloud. When you have various compute, storage, and database offerings, the Network Service of the cloud offerings is what enables you to tie them all together on a virtualized network. Azure includes the following network services:

You can have a database running in the cloud for general purpose reporting, or to power web-based applications. Azure has all kinds of fully managed relational, NoSQL, and in-memory databases. Some offerings are proprietary while others are open-source and designed to satisfy the needs of modern data engineers. Things like scalability, availability, and security, are automated, which makes working with your data a breeze.