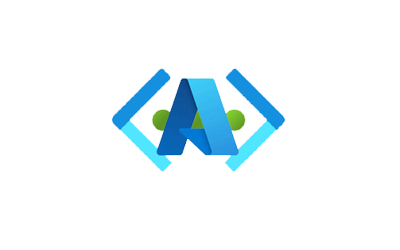 There are many types of network services available in Microsoft Azure Cloud. Some of the categories of networking include connectivity services, application protection services, application delivery services, as well as network monitoring. By using a combination of these services a business can network On-Prem resources with those in the Azure cloud, protect applications with advanced firewalls and Network Security Groups, set up Content Delivery edge caching with a CDN, as well as monitor all of these via services like Azure Network Watcher, ExpressRoute Monitor, and Azure Monitor.

Virtual networks in Azure are the foundation of network services that facilitate communication among various cloud resources. It is a logical representation of an Internet Protocol (IP) based network in Azure. A Virtual Network in Azure can also be simply referred to as a Vnet. A single virtual network has one or more subnets. Subnets are where virtual machines and other devices are connected. VNETs provide logical isolation in Azure dedicated to a given subscription and is a dedicated private cloud-only network. To connect a virtual network to an on-site data center, one could use a site-to-site VPN. This allows traffic to be routed to and from the VNET in the cloud and the On-Prem LAN. It is this feature that enables the hybrid cloud. Note that Virtual Machines in different VNETs can not communicate by default. 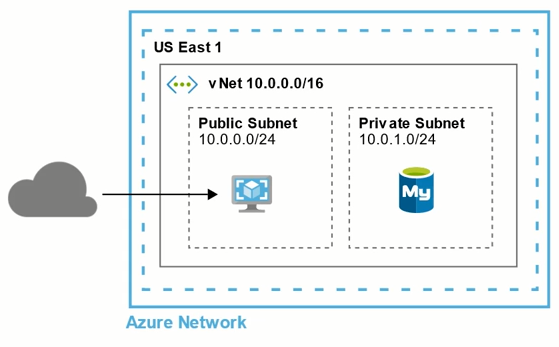 A VPN Gateway in Azure is a virtual network gateway that sends encrypted traffic between an Azure VNET and an on-prem data center over the Internet. A VPN Gateway is a core component of the hybrid cloud deployment model. It’s important to understand that this connection travels over the public Internet securely using encryption. Azure VPN Gateway is a cost-effective way to implement a hybrid environment.

We can use VNET Peering in Azure to seamlessly connect two or more virtual networks in Azure. This feature makes it possible for two different VNETS to function as a single network in terms of the ability for resources in each netork to communicate. This makes it possible to simplify routing in complex environments within Azure.