Bash, or the Bourne Again Shell, is a Unix shell and command-line interface widely used to automate tasks and create shell scripts. Bash is the default shell on most Linux and macOS systems and is also available on Windows through the Windows Subsystem for Linux (WSL).

This tutorial will cover the basics of Bash scripting and how to write simple yet powerful scripts to automate repetitive tasks and improve your workflow. We will explore the syntax, commands, and techniques used to create scripts and cover common use cases and examples. Whether you are new to Bash scripting or looking to brush up on your skills, this tutorial will provide you with a solid foundation to get started.

Before we dive in, it’s important to note that Bash scripts are plain text files and can be created using any text editor. Using a plain text editor such as vim, emacs, or nano is recommended. The file should be saved with a .sh file extension to indicate it’s a bash script.

Setting up the Environment

Before we begin writing Bash scripts, it’s important to ensure that the environment is set up correctly. The first step is to make sure that Bash is installed on your system. You can check which shell you are using by running the command echo $SHELL. If the output is /bin/bash or /usr/local/bin/bash, then Bash is installed and ready to use.

Next, you’ll want to set up a text editor to create and edit your scripts. As mentioned before, any plain text editor will do, but some popular choices include vim, emacs, and nano. You can also use a more advanced text editor such as Sublime Text or Atom that offer additional features like syntax highlighting and code folding.

It’s also a good practice to add a shebang at the top of every bash script. A shebang is the first line of a script, which specifies the interpreter to use when executing the script. For Bash scripts, the shebang is #!/bin/bash. This line tells the system that the script should be executed with the Bash interpreter.

Once you have your text editor set up and Bash installed, you’re ready to start writing your first Bash script. To make sure your script runs correctly, ensure that the file has execute permission before you try to execute it. You can set execute permission using the command chmod +x <script_name.sh>.

By now you’re ready to start writing and executing your own Bash script. Feel free to experiment, try different commands, and refer back to this tutorial as needed. With a little practice, you’ll be automating tasks and creating powerful scripts in no time.

Now that you have your environment set up, it’s time to start writing your first Bash script. Before we dive into specific commands and syntax, let’s create a simple script that will print “Hello, World!” to the terminal.

Here is an example of a basic Hello World script:

In this simple script, we first have the shebang #!/bin/bash that tells the system that the script should be executed with the Bash interpreter. The echo command is used to print the string “Hello, World!” to the terminal. It’s important to keep in mind that Bash is case-sensitive, so be sure to use the correct case when writing commands and variable names. You can add comments on your script for better readability and understanding by adding the “#” symbol at the beginning of the line.

You’ve now written your first Bash script! From here, you can start experimenting with more advanced commands and techniques to create more powerful scripts. In the following sections of this tutorial, we’ll cover the basic syntax and commands of Bash and how to use variables, flow control, and other advanced features to create more complex scripts.

In Bash, commands are executed in a specific order, one after the other, and the results of each command can be used as input for the next command. The basic syntax of a command is:

where command is the name of the command to be executed, options are flags or switches that modify the behavior of the command, and arguments are additional information passed to the command.

Here are a few commonly used commands and their basic usage:

It’s also important to understand the use of pipes | and redirection > in bash, They allows to pass the output of one command as the input for another command or redirect the output to a file.

This pipe the output of command1 to command2 as an input

This redirect the output of command1 to a file named file.txt

These are just a few examples of the many commands available in Bash. As you gain more experience, you’ll become familiar with more advanced commands and options, and learn how to use them to automate tasks and create powerful scripts.

In Bash, flow control is used to control the order in which commands are executed, and conditional statements are used to make decisions based on the results of commands or the values of variables.

The basic flow control structures in Bash include if-then-else statements, for loops, and while loops.

Here is an example of an if-then-else statement:

In this example, the if statement checks if the first command line argument is equal to “hello”, and if it is, the script will print “Hello, World!”, otherwise, it will print “I don’t understand”

The for loop is used to iterate through a list of items, and the while loop is used to repeatedly execute a block of commands until a certain condition is met. Here is an example of a for loop:

In this example, the for loop iterates through the list of items “one”, “two”, “three”, “four”, “five” and prints them to the terminal.

Another important concept in flow control is the use of test command, such as [ expression ], [[ expression ]] and test expression, they are used to perform conditional tests on file, strings and numbers. Here are some examples:

By understanding these basic flow control and conditional statements, you’ll be able to write scripts that can make decisions and adapt to different situations.

To assign a value to a variable, use the assignment operator =, like this:

There are also special variables in bash such as $0, $1, $2…, which contain the name of the script and the arguments passed to the script.

In addition to these basic variables, environment variables and shell variables have specific uses and can be used to configure the shell and store system information.

In this example, the script uses the read command to read the user’s name and then prints a message that includes the name.

By understanding how to use variables and input/output redirection in Bash, you can create scripts that can store and use information, and interact with the user and other programs.

In Bash, loops are used to repeatedly execute a block of commands, and iterations are used to process a list of items.

The basic loop structures in Bash include for loops and while loops.

A for loop is used to iterate through a list of items. Here is an example of a for loop:

A while loop is used to repeatedly execute a block of commands until a certain condition is met. Here is an example of a while loop:

This is similar to previous while loop example, but it will stop when the condition of the count being greater than 5 is met.

By understanding how to use loops and iterations in Bash, you can create scripts that can perform repetitive tasks and process lists of items efficiently.

Common Use Cases and Examples

These are just a few examples of the many ways that Bash scripting can be used to automate tasks and improve your workflow. With a little practice and creativity, you’ll be able to use Bash scripting to create powerful scripts that can save you time and increase your productivity.

In this tutorial, we have covered the basics of Bash scripting and how to use it to automate tasks and improve your workflow. We have covered topics such as setting up the environment, writing your first Bash script, basic syntax and commands, flow control and conditional statements, variables and input/output, loops and iterations, and common use cases and examples.

You have learned how to use commands and flow control structures to create scripts that can perform a wide range of tasks, such as file management, system maintenance, automating repetitive tasks, network management, and system monitoring. You also understand the usage of different type of variables, input/output redirection and the use of loops to process multiple items.

By understanding these basic concepts and techniques, you now have the knowledge and skills to create your own Bash scripts and automate tasks to improve your workflow. Remember to keep experimenting with different commands and techniques, and refer to the documentation for more information. With a little practice and creativity, you’ll be able to use Bash scripting to create powerful scripts that can save you time and increase your productivity. 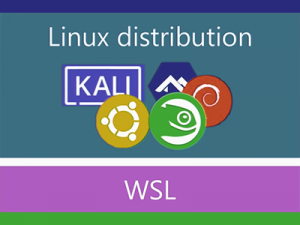 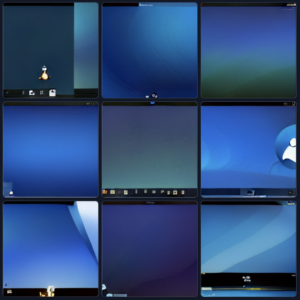 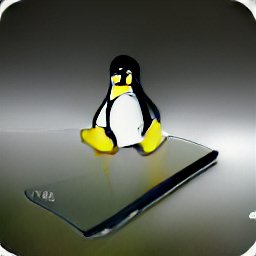 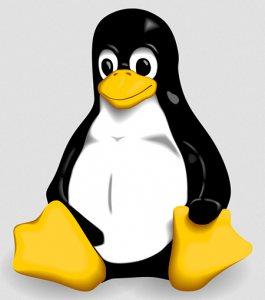 How To Get Started With Linux
Technology