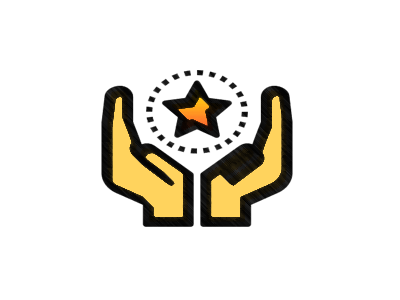 Python is known for its batteries-included philosophy. You have access to all kinds of very powerful tools by using the rich libraries and modules available. Python also has many built-in functions that do not require you to import them before using them. There are well over 50 included, but we’ll take a look at some of the more commonly used built-in functions in this tutorial. We’ll take a look at python functions such as len(), range(), list(), min(), max(), round(), abs(), pow(), sorted(), split(), type(), and isinstance(). These functions are going to be useful to you no matter what type of application you are trying to build.

The first function we want to look at is the len() function. It takes one input and it outputs a whole number representing the length of the input provided. This is generally a list, but can also be a string or dictionary. We can start with a meat variable that holds the string ‘Bacon’. We can use the len() function to count how many characters are in a string.

Let’s try this exercise again on a vegetable. Now we have a variable named veggie and we store the string of ‘Broccoli’ in it. By again using that len() function, we are able to calculate how many characters are in the string ‘Broccoli’.

Using the len function with lists is super common. To demonstrate this one, we’ll just create a ticker variable and store a list of stock tickers inside of it. Once again by applying the len() function we see that there are 4 tickers in the list.

The len function is also commonly used for looping. This is because you can use len to set the upper range of the loop. In other words, as long as the current iteration is smaller than the length of the list, you can keep looping. Here is an example where we loop through the length of our list and print out each ticker.

A list of integers is also easy to calculate the length for.

Now we look at dictionaries and the len function. Dictionaries have key value pairs as we have learned. When using len() with dictionaries, it counts the number of key-value pairs contained in the dictionary. It does not count each key, and each value as unique. Here we create a dictionary that contains stock tickers and their associated prices. We use the len function to look at the length.

Lastly, since lists can store a mix of all different types, we can put some of these various lists we’ve been working on inside of a list themselves, and use the len function again.

The range() function is one of the most used functions in Python. It is very versatile and can be used in many ways. The first way to use the range() function is to simply pass it one whole number as an input. So we’ll create a variable named team_members and use range to fill that variable.

The output above is interesting. If we print out the variable directly, it shows range(0, 25), but when using the len function on the variable, we see there are in fact 25 members. It’s important to note that the range function counts from 0 up to 1 less than the upper range. So if we were to output the contents of team_members, we would see 0-24, and not 1-25.

Now we can see how the list() function is useful for us. Below we split up our range of players into a Team A or a Team B. We are able to do this by popping player off on each iteration and placing them in either Team A or Team B based on whether their number is even or odd. If we did not use the list() function, we would get an error like “AttributeError: ‘range’ object has no attribute ‘pop'”.

Now lets look at the min and max functions in Python. They do exactly what you think they would do, which is to find the lowest or highest values in a collection. For the first test, we’ll just use a range of numbers to demonstrate min and max. We can see that negative integers are taken into account when using min or max.

Now we want to see what is the highest and lowest cost.

These functions work on strings as well. Maybe during the shopping expedition, we visited Kohls, Target, Bed Bath and Beyond, Best Buy, and Applebees. The example below shows that min and max calculate based on the alphabet, not on the length of the string.

Now we also look at a tshirt which is 15 dollars, and we again use the min and max functions to look at the lowest and highest prices.

Python has the round(), abs(), and pow() functions built-in. You can use these to round a number, get the absolute value of a number, or set a number to an exponent quite easily. We can start with a frappuccino. Consider you just spent $4.72 on one of these. We can use the round function to see a round number of that cost.

round() takes an optional second parameter which specifies the number of decimal places to round to.

Python also has the pow() function for raising a number to a power.

We can reverse the sort order with an optional second parameter.

If we have a list of strings, the sorted function will sort them alphabetically.

You can do some really interesting sorting techniques on dictionaries by making use of the optional parameters. Here we have a dictionary of key-value pairs.

First, we want to sort this by keys like so.

Now we want to sort the dictionary by values.

We can add the reverse parameter to these as well.

It’s possible to store several tuples inside of a list. Consider we have a shirts variable, and inside of it are 4 shirts. Each is represented by a tuple. Each tuple has 3 values that represent the color, size, and price of the shirt.

It helps to know what you’re working with when programming. That is where the type functions come into play. The type() function takes one input and the output is the type of the given input. This could be a string, int, or any valid object. Here are a few examples of how this works in code.

So by the examples above, you get an idea of how type() works. Now we want to see how the isinstance() function works. We need to provide a couple of simple classes to see this in action.

All of the built-in Python functions can be found in this table.