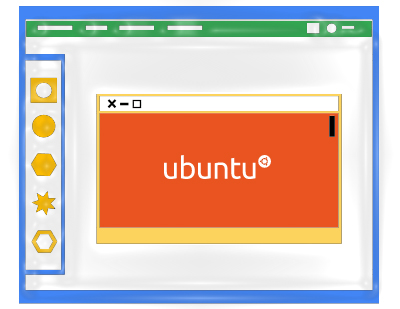 Now that we’ve talked about how awesome VMware Workstation is, let’s build our first virtual machine using an ISO file. First, we need an ISO file to work with, and for this, we can go right to the official Ubuntu website to get what we need. Once we get our file, we will cover all of the steps needed to run a fully virtualized version of the Ubuntu Desktop 64 Bit operating system in VMware. This will be a great way to test out Ubuntu Desktop, as well as learn more about creating virtual machines in VMware. Let’s have a look now. 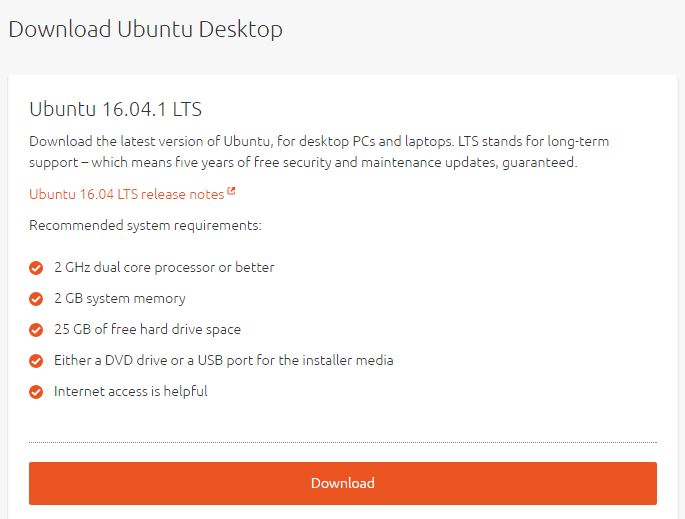 You can to this by clicking File->New Virtual Machine or by holding ctrl + n at the same time. We will choose Typical the recommended approach to create a virtual machine in a few easy steps. 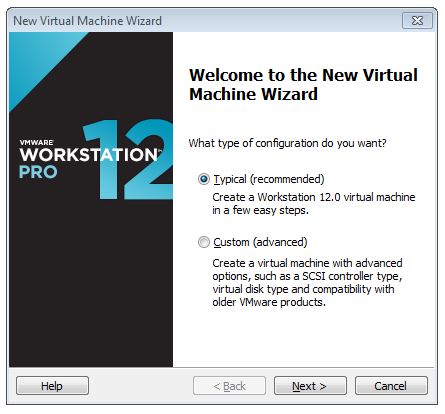 At this point we are installing a guest operating system, and the new virtual machine wizard has detected that we have an Ubuntu 64-bit OS version 16.04. It also notes that the wizard will make use of Easy Install. Click next. 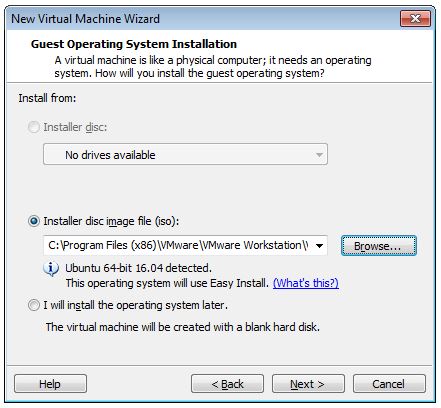 At this point, we are presented with the Easy Install Information. You can personalize Linux here with a full name, user name, and password. Click next. 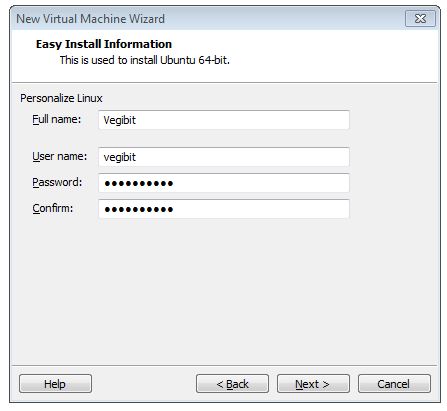 In this step, the new virtual machine wizard asks you to name the virtual machine. You can fill out the Virtual machine name field, and note the location of where the VM will be stored on the host operating system. Click next. 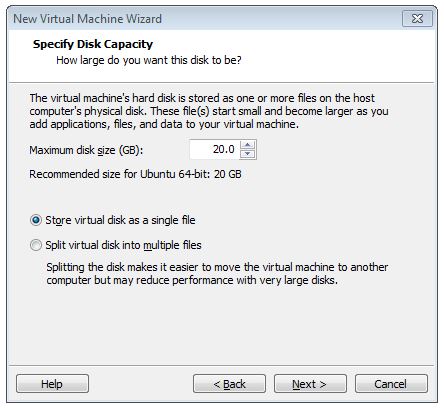 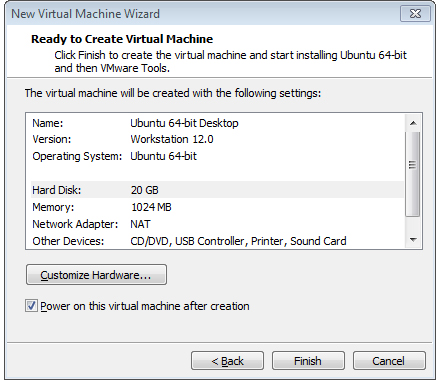 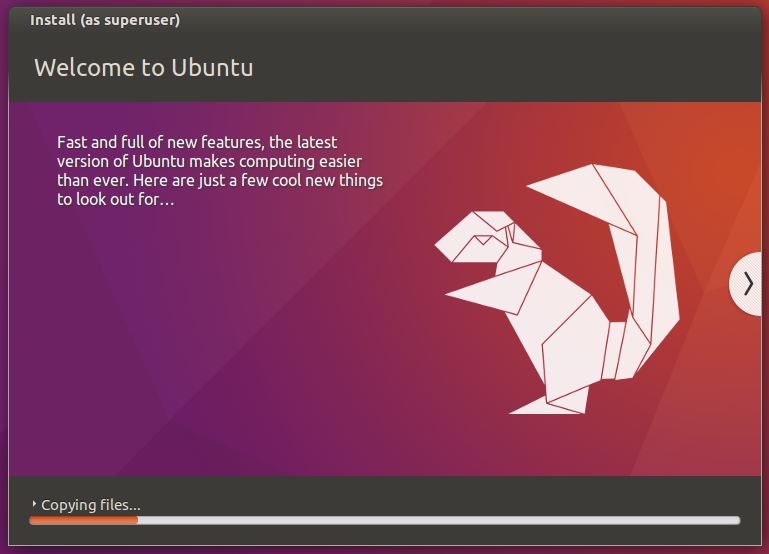 The install step itself will take a little bit of time. Five or Ten minutes should be enough for it to complete, depending on the processing power of the computer you are using to run VMware on. Once it completes, you will be ready to log in to your new Ubuntu Desktop! 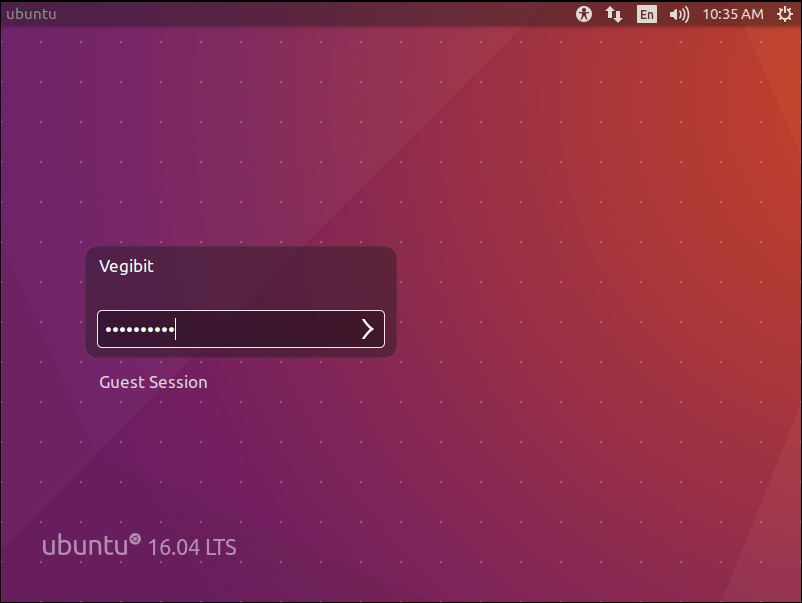 Once you log in, the first thing we should probably do is set a screen size so that all of the icons and layout look nice. We do this under Settings, Displays, then Resolution. We chose 1280 by 1024 for this demonstration.

Test out some software! 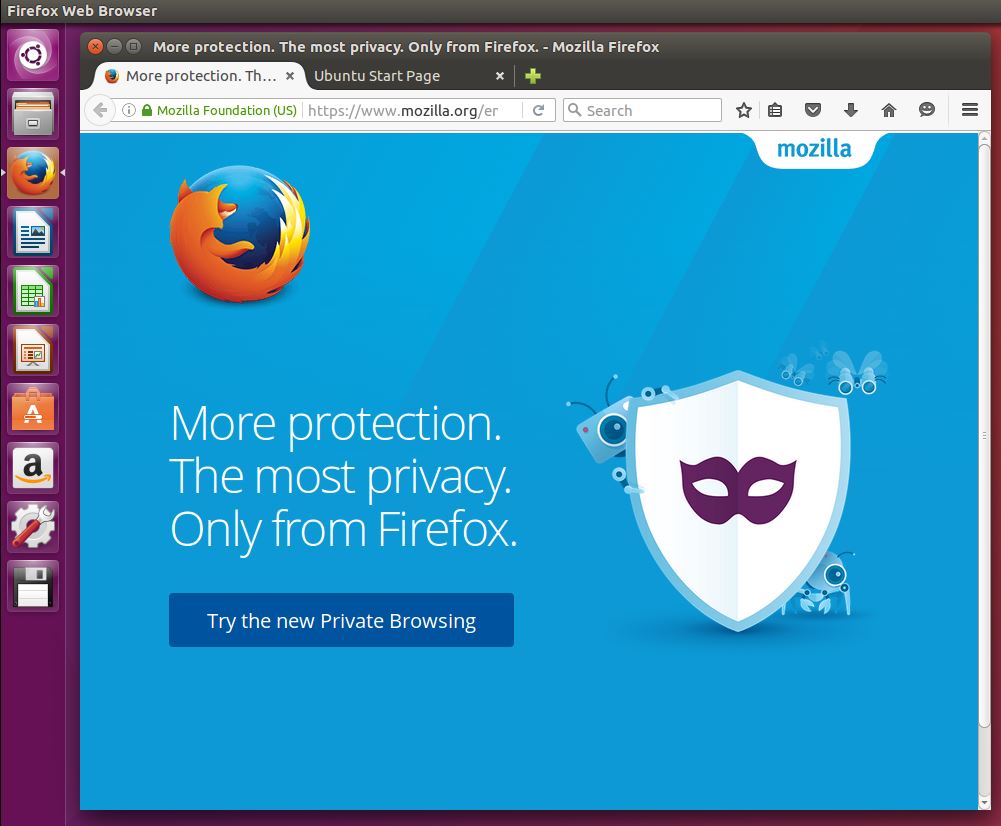 The Firefox Browser comes installed on Ubuntu Desktop. When we launch it, we can see that our virtual environment has network access right away. We can even browse to some different websites if we like. Let’s have a visit to our homepage. 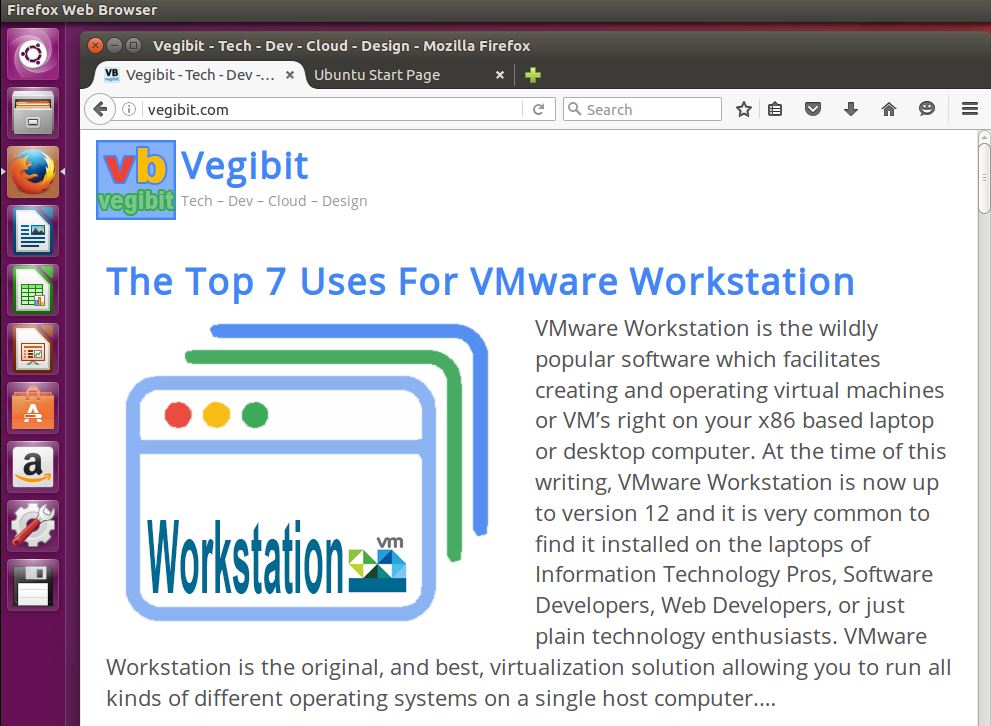 Awesome! You now have a fully functioning Ubuntu Desktop to work with.

At this point, you are ready to further customize your Ubuntu operating system by adding programs that you might be making use of. Let’s consider a software developer that is going to want to have a way to handle version control on their computer. Well, the git program is the best scenario for that. Let’s see how to install git at the terminal from our Ubuntu OS. First off, the Terminal application is not part of the quick launch dock, so the easiest way to find that information is a simple search like so.

Once we have the terminal launched, we can check to see if git is installed by simply typing git at the terminal. As you can see when we type this, we get the following message: The program git is currently not installed. You can install it by typing: sudo apt install git. Ok sounds good, we will do just that. This step will also require that you provide the password you used to initially set up your Ubuntu install. 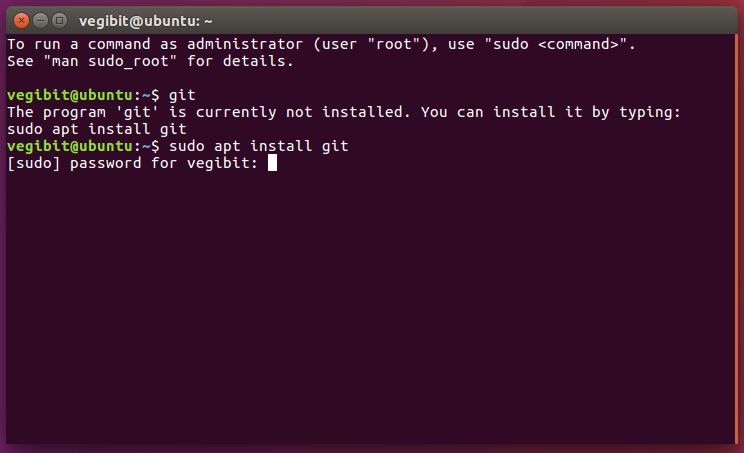 Once you provide the password, Ubuntu will reach out to it’s update servers, download, and install the package for you.

With git now installed, we should be able to simply type git at the terminal and see a list of all the things we can do with this version control software. As we can see here, this did work great as we can see all of the associated git commands listed out such as clone, init, add, mv, reset, rm brach, checkout, commit, diff, merge, rebase, tag, fetch, etc… 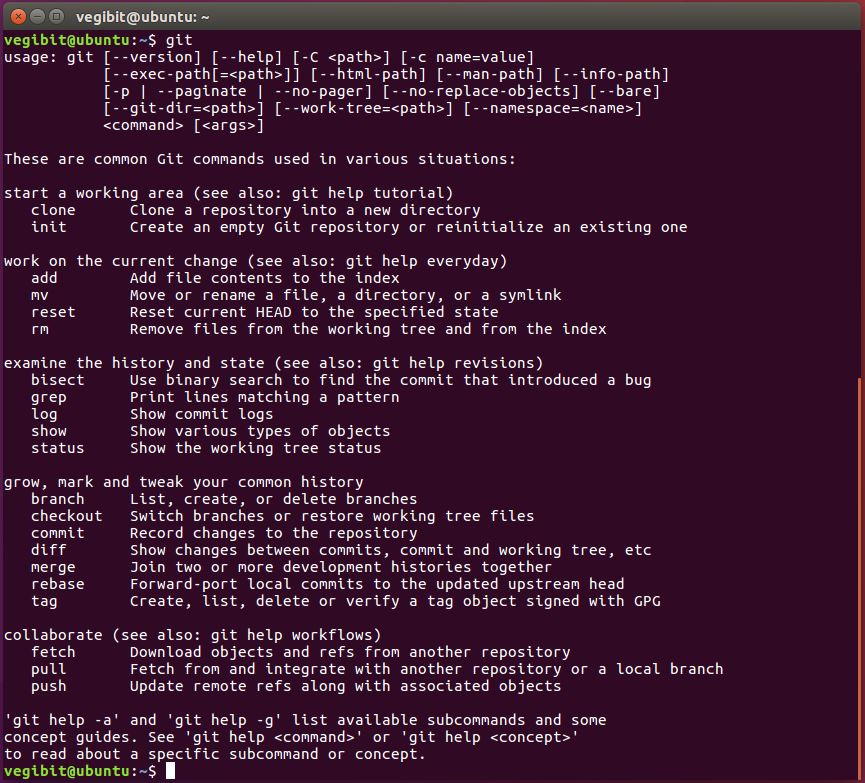 Nice work if you made it all the way through this tutorial! We covered a ton of ground here getting Ubuntu running inside the latest version of VMware Workstation. There are a few ways to spin up VMs in VMware, but in this demonstration, we made use of simply running an ISO file to get the desired result which works nicely for getting Linux on Windows up and running. We’ll be taking a look at the other ways and file types that can be used to create virtual machines in other lessons as well. It really was pretty straightforward to get this example up and running. Of course, first, we needed to make sure that VMware is installed on the host computer. Then we downloaded the iso from Ubuntu, launched the new virtual machine wizard in VMware, selected the ubuntu-16.04-desktop-amd64.iso image to boot, filled out the easy install information, named the virtual machine, specified a disk capacity, and finally launched our new Ubuntu VM. Once we had that desktop running, we were able to test out a few software programs, as well as use the terminal to install and make use of the git version control program. Great Stuff!