Skip to content
← CSS Crash Course Tutorial For Beginners | What Is The CSS Box Model? → 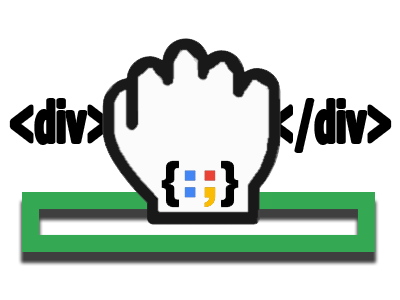 Selectors are really one of the most important concepts you can learn in web development. You can’t style anything on a web page without first using a selector to target the various items. In addition, you can also use CSS selectors in many other interesting ways in various programming languages. So for this tutorial we are going to learn all about CSS Selectors. We’ll look at the Simple selectors such as Type, Class, ID, Universal, and Attribute based. Then we’ll look at Combinators like the Descendant combinator, Child combinator, Adjacent Sibling combinator, and the General Sibling combinator. Finally we’ll take a look at how to use Pseudo Classes and Pseudo Elements.

Also known as the Element Selector, the Type Selector targets all elements that match the given node name. This allows you to select all <p> elements or all <div> elements at one time.

The ID Selector selects the HTML element based on the value contained in its id attribute. An ID Selector is used when you want to target one specific element on the web page.

Some say the Class Selector is the most useful of the available CSS Selectors. In fact, almost all modern CSS Frameworks allow you to style elements by simply applying a class name. It is helpful to have many elements on the same page that share a given class. This helps to allow the reuse of styles leading to less repetition in the CSS code.

Square brackets are used to create an Attribute Selector in CSS. This selector selects tags based on the existence or value of an HTML attribute. There are several types of attribute selectors in CSS.

The [attribute] selector is used to target elements on the web page with the given attribute.

The [attribute=value] selector is used to target elements on the web page with the given attribute and specified value.

The [attribute~=value] selector is used to target elements that have an attribute value containing a specified word.

The [attribute|=value] selector targets elements with an attribute value that can be exactly as given or can begin with the value immediately followed by a hyphen.

The [attribute^=value] has a caret (^) operator, which means “to start with”. This will target elements on the page where the given attribute starts with a specific value. For example you may be able to select all links on the page that are external vs internal, and make the background color light blue.

This attribute selector makes use of the dollar sign which is the opposite of the prior example. While the caret means to start with, the $ symbol means “ends with”. A use case for this might be to target links on the page which link to a PDF document.

The final attribute substring selector we’ll look at makes use of the asterisk (*) operator, which stands for “contains”.

The asterisk is often used as a wild card character of sorts, and when used as a CSS selector that is exactly what it is. The Universal Selector selects every element on the web page at once. It’s not something you would use frequently but is good for resetting the box-sizing in layouts to render better widths and heights. You will often see a style sheet use the universal selector to set margin and padding both to 0. This gives the same starting point for a page layout no matter what type of browser, device, or operating system is being used.

Combinator selectors in CSS are the next level of granularity when selecting page elements in CSS. Combinators are used to target children, grandchildren, great-grandchildren, or later of a given element in the document tree. They symbols used for Combinators include the space character  , greater than character >, the plus sign +, and the tilde ~.

The Descendant Combinator is actually an empty space ( ). The pattern of this combinator is simply two tags side by side with a space in between them. It selects elements that are descendants of the first element.

In this example there are four <li> elements on the page. Only the two that are descendants of the <div> are targeted however.

The child combinator uses the greater than (>) operator and targets elements that are immediate children of the parent. The difference between Descendant and Child selectors is that the Child Combinator is more specific. It only will select direct children elements of the first tag. The Descendant Combinator however is more liberal. Not only will it select children of the first tag, it will also select grand children, great grand children, and so on.

Watch the difference now if we use the Descendant Combinator (div p) instead of the Child Combinator (div > p). Note now that the third paragraph which is a grandchild of the <div> is still targeted.

The Adjacent Sibling Combinator uses the plus sign (+) and targets elements that are next to each other in the document tree which have the same parent. In other words the second tag directly follows the first, and they share the same parent element.

So in this example h2 + p targets every <p> element that is placed immediately after an <h2> element.

Pseudo-classes are used to target elements on the web page based on state information that is not part of the document tree. First we’ll look at the Structural pseudo-classes.

The :first-child selector allows you to target the first child of a specified element in the document tree.

The :last-child selector targets any element that is the last child of its parent element.

The :nth-child selector allows you to select one or more specific children of a given parent element. It can take the form of a number (integer), keywords (odd or even), or a calculation (expression).

The :only-child selector targets an element that doesn’t have any sibling elements. In other words, it works by targeting any element that is the only child of its parent.

The :nth-of-type selector works in a similar way to :nth-child and uses the same syntax. It is sometimes more useful than :nth-child if there are elements between those you are targeting. For example if inside a div you had a number of paragraphs and a number of divs. If you wanted to select all the even divs, :nth-child won’t work there but you could use div div:nth-of-type(even).

The :only-of-type selector targets elements where the parent elements do not have any other children of the same type.

The :empty selector can be a useful pseudo-class. It represents an element in the web page that has no content. Imagine there is a dynamically generated widget on your page that sometimes has no contents, depending on various factors. If it is empty, we can hide it using :empty.

For completeness, there is also a :root structural pseudo-class which targets the root of the document. There probably aren’t a lot of use cases for the :root selector, but it’s good to know it exists.

Pseudo elements are elements that can be seen on a web page but aren’t technically “in the DOM” so to speak. They are instead inserted directly from CSS. It’s kind of like having a low powered version of jQuery built right into CSS. Pseudo elements allow you to do lots little design tricks without cluttering the markup. At first it might be easy to confuse the Pseudo Classes we discussed above and Pseudo Elements. Notice above that all the selectors started with a single colon (:). That is the signature of a Pseudo Class. Pseudo Elements on the other hand always use a double colon (::).

In this tutorial we learned all about how selectors work in CSS. With practice, you’ll learn how to best use selectors to reduce the need to add unnecessary classes and IDs to your markup, which ensures that we can separate the content and presentation from each other. We learned all about Simple selectors such as Type, Class, ID, Universal, and Attribute along with the Descendant combinator, Child combinator, Adjacent Sibling combinator, and the General Sibling combinator. In addition, we had a good overview of what Pseudo Classes and Pseudo Elements are and how to use them.

← CSS Crash Course Tutorial For Beginners | What Is The CSS Box Model? →