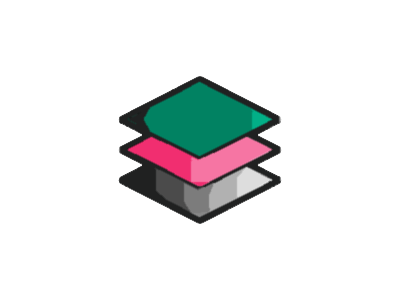 Everything in Django is centered around the idea of apps. Apps in Django are the self-contained directories that hold files that all work together to provide specific functionality for your Project. A Django project may consist of a single app, or many apps to provide its service. In fact, there is a site dedicated to providing developers all kinds of reusable apps, tools, and more for your Django projects. That site can be found at https://djangopackages.org. In this tutorial, we are going to keep building our Django project and add an app from scratch for a blogging functionality.

We can add a new app to our top-level project folder using the python manage.py startapp command. This app is going to be for managing posts in a blog system, so we are going to just call it posts.

After running the command, it should create a new app inside of the Django project like so. 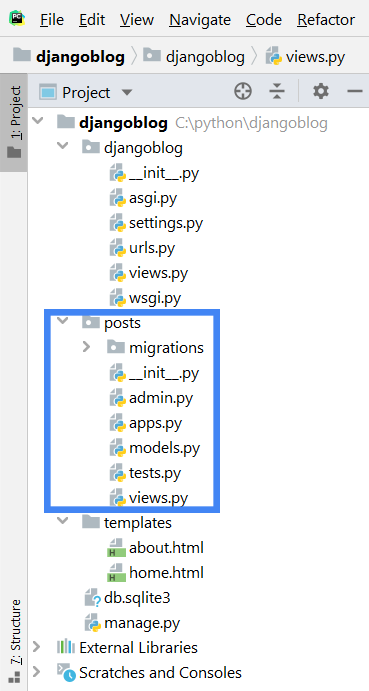 Anytime you add an app to your Django project, it must be registered in the settings.py file like so.

Now in the urls.py file, we want to follow the same flow that we have already learned. In our case, when the user visits the app home page, we want to display a list of posts. This will get us started.

Now we need to add the post_list() function in the views.py file.

The function above is trying to render a post_list.html template file that lives in the posts directory. We have not yet created this in the posts app, but we can do that now.

This is where we come into the namespacing convention when adding a templates folder to an app in Django. By convention, when you add a templates folder to an app, you will then put another folder inside of that which matches the app name. In our case, we have a posts app, so inside of templates, is another folder of posts. That means we can place the post_list.html template file in this folder. Namespacing is needed so that if various apps in the Django project have any template files with the same name, Django will know which template to render.

We can put some simple Html markup to get us started.

In order for urlpatterns that are defined inside of a Django application to have any effect, they need to be included in the main urls.py file of the Django project root. You may recall from a prior tutorial that we already have a few urlpatterns defined in the djangoblog/urls.py file. To activate the urlpatterns in posts/urls.py we can add the following highlighted lines to the base urls.py file.

What the code above does for us is the following. If a user visits the Django app with a browser and includes /posts in the URL, then Django says ok, use the urls.py file that exists in the posts folder for this.

Now we can try visiting http://127.0.0.1:8000/posts/ to see this in action. Our new template file in the posts app is being displayed perfectly!

There are two very common commands you’ll use when working with Django.

The first command is to get your Django project started. Once the main project is created, you can use the python manage.py startapp command to add apps to the Django project. A Django project can include many apps, each serving a specific purpose. In this tutorial, we added a posts app that is going to be the application to publish blog posts as we continue with Django. Up next, Models in Django.