Exploring Advanced Features of macOS
What Do Technology Jobs Pay

How Did DIV Become The Most Used Tag In HTML

HTML, or Hypertext Markup Language, is the standard markup language used to create web pages. It is a system of tags and attributes that are used to structure and format the content of a website. The most basic building blocks of an HTML document are elements, which are represented by tags. These tags are used to indicate the type of content contained within them, such as headings, paragraphs, images, and links.

HTML documents are made up of a series of elements nested within one another, forming a tree-like structure known as the Document Object Model (DOM). The root element of an HTML document is the <html> tag, which contains the <head> and <body> elements. The <head> element contains meta information about the document, such as the title and character encoding, while the <body> element contains the main content of the website.

HTML also allows for the use of attributes, which provide additional information about an element. For example, the <img> tag, which is used to embed images in a website, has an “src” attribute that specifies the source of the image.

It’s important to note that HTML is a markup language, not a programming language. It is used to describe the structure and content of a webpage, but it does not contain any logic or functionality. For that, web developers use programming languages such as JavaScript and CSS.

Understanding the basics of HTML is essential for anyone interested in web development, as it forms the foundation for creating and styling websites. The <div> tag, which is the focus of this tutorial, is just one of many HTML tags that are used in web development.

The Evolution of HTML and the Introduction of DIV

HTML has gone through several versions since it was first introduced in the 1990s. The first version, HTML 1.0, was very basic and only supported a limited number of tags and attributes. Over time, as the web evolved, new versions of HTML were released, each adding new features and capabilities.

HTML 4.0, which was released in 1997, introduced several new tags and attributes, including the <div> tag. The <div> tag, short for “division,” is a block-level element that can be used to group other elements together. It allows developers to create specific sections of a webpage and apply styles and behavior to those sections independently of the rest of the page.

The introduction of the <div> tag was a significant development in the evolution of HTML, as it gave developers more control over the layout and design of webpages. Prior to the <div> tag, developers had to rely on tables and other hacks to create layouts. The <div> tag, along with the <span> tag, which is used for inline elements, made it much easier to create structured and semantic documents.

The <div> tag is a non-semantic element, meaning it doesn’t convey any meaning on its own, but it’s a great tool for grouping elements together and applying styles to them. As a result, it became very popular among web developers as a way to create more structured and maintainable web pages.

The popularity of <div> tag continued to rise with the advent of CSS (Cascading Style Sheets) which gives even more control over the layout and design of the web pages. As a result, it became the most widely used tag in HTML, and it remains so to this day.

The Advantages of Using DIV Over Other HTML Tags

The <div> tag has several advantages over other HTML tags, making it the most commonly used tag in web development. These include:

The Popularity of DIV in Website Design and Development

The <div> tag has become extremely popular in website design and development due to its flexibility, control over layout and reusability.

One of the main reasons for its popularity is that it allows developers to create complex layouts with ease. The <div> tag, when combined with CSS, can be used to create a wide range of layout designs, from simple one-page websites to complex multi-page applications.

Another reason for its popularity is that it allows for the creation of reusable sections of a webpage, such as headers, footers, and sidebars. This makes it easy to replicate the same design across multiple pages and simplify the process of maintaining and updating a website.

The popularity of <div> tag also extends to the front-end frameworks such as Bootstrap, Foundation and Bulma etc. These frameworks make use of the <div> tag and CSS to create responsive and customizable layouts.

In summary, the <div> tag has become a staple in website design and development due to its flexibility, control over layout, and reusability. Its popularity is likely to continue as long as it remains a powerful tool for creating structured and semantic web pages.

While the <div> tag is a powerful tool for creating structured and semantic web pages, it’s important to use it correctly to ensure that your website is accessible and maintainable. Here are some best practices for using the <div> tag in HTML:

By following these best practices, you can ensure that your website is accessible, maintainable, and easy to update. The <div> tag will be a powerful tool in your web development toolbox and will help you create well-structured and semantic web pages.

Conclusion: The Continued Dominance of DIV in HTML

The <div> tag is a powerful and versatile element that has been at the core of web development for over two decades. Its ability to group elements together and apply styles to them independently has made it a favorite among web developers. The <div> tag along with CSS has allowed developers to create complex and responsive layouts, improve accessibility, and simplify the process of maintaining and updating websites.

As the web continues to evolve and new technologies emerge, the <div> tag will likely remain the most widely used tag in HTML. Its flexibility, control over layout and reusability make it a valuable tool for creating structured and semantic web pages.

However, It’s important to remember that the <div> tag is a non-semantic element and should be used in conjunction with other, more semantic HTML tags. This allows developers to create web pages that are both semantic and accessible, while still providing the flexibility and control offered by the <div> tag.

In conclusion, the <div> tag is a fundamental element in web development and will continue to be widely used by web developers in the future. It will remain an essential tool for creating structured and semantic web pages that are responsive, accessible and maintainable. 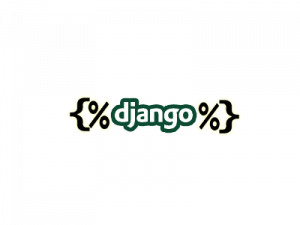 How To Use Django Tags

Digging In To HTML Fundamentals 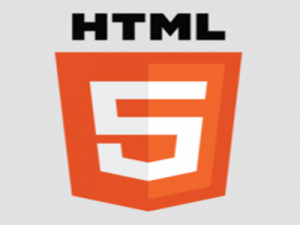 The Top 11 Most Important HTML Text Features to Learn 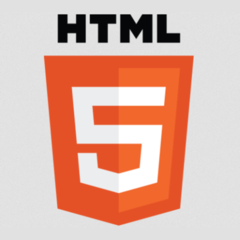