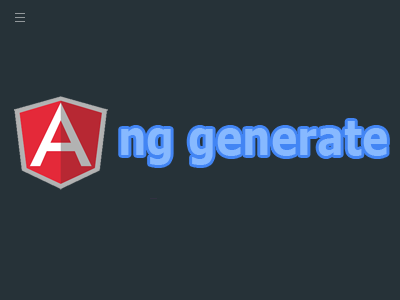 It turns out that when building your own new components in Angular, you can complete the process entirely by hand like we did in the Angular Component Tutorial. That was good for learning the details of what goes in to an Angular Component. Well we all like automation, and you can actually build a new Angular command automatically using the Angular CLI! That sounds awesome as less typing out code is a bonus in my book. Let’s try building another Angular Component but this time, we’ll make use of that very convenient Angular command line interface.

Ok very interesting! It looks like the CLI automatically created the new folder to hold our new component in app/virtual-machines. In addition we see four new files associated with the automatically generated component.

Now, recall that when we built an angular component by hand, we had to manually register the component in the app.modules.ts file. The nice thing about building an Angular component using the command line like we did here is that this step is taken care of automatically for you. Highlighted below is the the import statement for our new virtual-machines component and the addition to the declarations array.

Now we want to check the virtual-machines.component.ts Typescript file to see that the CLI also automatically scaffolds the @Component decorator and it’s configuration including the selector, templateUrl, and styleUrls.

Use The New Component!

Finally, in order to use the new Angular component we just built we’ll need to update app.component.html 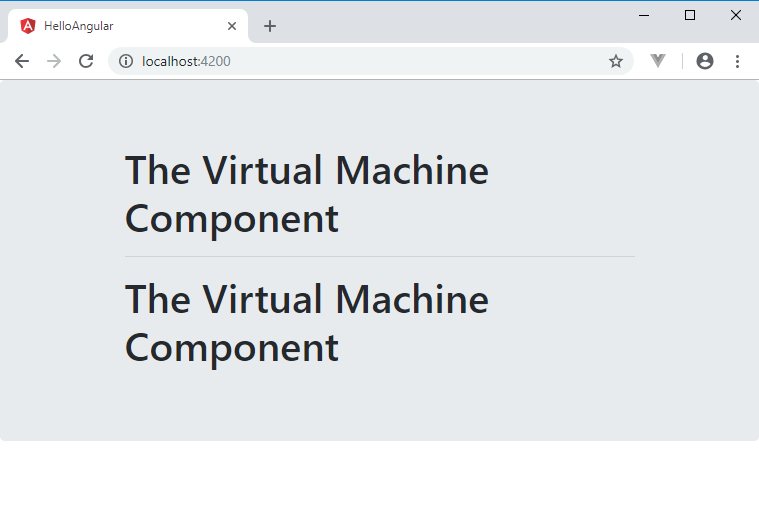 We can also inspect the generated markup in Chrome developer tools and find that indeed we have two angular components nested inside of the outer wrapping component.

How To Create New Components In Angular Using The CLI Summary