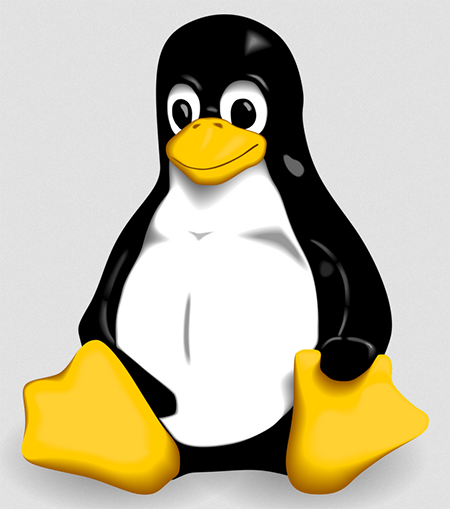 If you haven’t already, it’s time to Get Started With Linux. As web developers, we work with Linux all the time, even if we don’t know it. Linux powers almost all of the web servers out there on the internet. LAMP is the acronym that stands for Linux Apache MySQL PHP. Microsoft also has the option to support web developers and serve websites with its IIS Internet Information Server technology, but Linux is far and away the more commonly used platform. Since getting up and running with VirtualBox and Virtual Machines, Linux is now a more interesting option to investigate further. Everyone has access to Linux in one form or another whether through a VM on their machine, or by installing something like Ubuntu as a dual boot or even full installation on a spare machine. Let’s get started on a series of episodes featuring the awesome Ubuntu Linux OS.

Linux truly is everywhere, and it is so good at what it does, it is almost invisible. That is to say that as technology gets better and more developed, it disappears into the background and seamlessly does its job without the user even knowing about it. Again, for us, it’s use is in serving websites using Apache or the even more incredible NGINX. Almost everyone uses Linux however without even knowing it. Have you taken a flight lately? That traffic control system is most likely powered by Linux. Bought or sold a stock in the financial markets? Linux powered. Read about the Large Hadron Collider? Linux. International Space Station? Linux. So as you can see, Linux is in places you may have never known. And they said it was just for websites!

How To Get Started With Linux

Let’s get down to brass tacks. Let’s get started with Linux. There are many different flavors of Linux such as Red Hat, CentOS, Mint, Arch Linux, and more. For most users, the great Ubuntu makes the most sense, so that is what we will focus on in this series. When you’re starting with Linux, arguably the best option, at least in the very beginning is to install it on a spare machine. Of course this assumes you are reasonably tech savvy since most folks don’t just have a spare computer hanging around to do this with. If you do however, this is the way to go. If you’re running windows on your main PC, VirtualBox may be your best bet to create and boot up an instance of Linux that you can test and learn on. There is a bit of a learning curve involved with this route, so do be aware of that. Finally, you could create a dual boot scenario on your pc using something like http://unetbootin.sourceforge.net/ which is what we ultimately went with for testing.

Visit the Ubuntu website and download a copy of Linux. We chose the desktop version here. This way, we still have a beautiful graphical user interface, but also get access to the terminal. Ultimately, the whole goal of learning Linux and getting good at it, is to have a mastery of the Linux command line. When you’re new to Linux, having the GUI available as well helps to take the pain out of getting up to speed with the terminal. Your download will come down as an ISO image.

Visit http://unetbootin.sourceforge.net/ to get a copy of the UNetbootin tool. Once this tool is installed, we can choose the ISO image we just downloaded from Ubuntu, and UNetbootin will take care of the rest and configure the dual boot for us. There are other options as well, but this approach is nice for when you don’t have a burnable CD drive or USB drive to boot off of. Using UNetbootin, we can simply boot the ISO right from our hard drive which is really slick. This is really your best bet, so that you still have your familiar Windows Desktop, and a real installation of Linux you can use for learning. There are even more options however, so read on. (New): You can now run Linux on Windows using the Windows Subsystem For Linux.

I hear you. You don’t want to go through all the steps listed above just to start working with Linux. That’s a valid point. Maybe you just want to learn your way around the command line, but you’re not ready to become a full fledged Linux power user. In that case, there are options. The best one is JSLinux by Fabrice Bellard. Now, this will (or it should) absolutely blow your entire mind! When you first visit this site, give it a few seconds to load. What is happening is an actual Linux OS is manifesting itself in the browser via JavaScript. It takes a little bit to load, so make sure you give it a chance to boot. This is a real linux instance running in your browser, powered by JavaScript, and it is incredible. Check out this post on Quora that talks about how it actually works if you’re interested.

Get Started With Linux Summary

In summary, we are now ready to start working with Linux. In this episode, we chose to work with Ubuntu, which is likely the most popular distribution of Linux at this time. Moving forward, we’ll focus on the command line and learning everything we can about Linux through the use of the terminal. It should be fun, so stay tuned.

← Install Larabook On Laravel Homestead | How To Use The Linux Terminal →