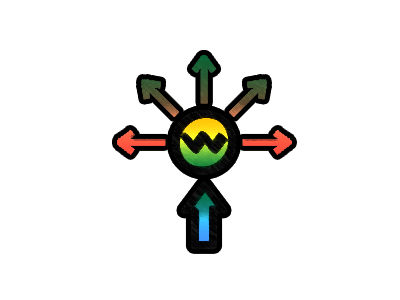 Variables are important parts of a Python program. They are what allow us to create a placeholder of sorts in the code, and then we can put varying values in that placeholder. Any time you change the value of a variable, Python will keep track of it. There are some guidelines and rules you want to adhere to when using variables in Python. If you don’t pay attention to these, you will encounter various errors and create code that will be more difficult to understand. Let’s have a look at some of the things we should keep in mind when working with variables in Python.

Don’t use any of these for variable names!

As you write more programs, you’ll get good at creating and naming your variables. As they say, Practice makes Perfect. A good way to get a feel for variable naming is to read through the source code of the popular Python repositories available to see how the Python community is doing things.

Let’s see a few examples of variables in Python.

If the first character is not an underscore or a letter from A-Z or a-z you will get an error. The at sign(@) character for example is not valid:

Again, you can not have a variable begin with a number.

Don’t try to use spaces in your variables!

How To Prevent Naming Errors

As you’re writing your program, you might run into some errors. Scratch that. You will definitely run into errors! For example, let’s look at this Python code.

Ok easy enough. If we run this code, we expect to see the output, “Hi Jesse”. But here is what actually happens:

Dang it! Do you see what happened there? There is a typo in the use of the name variable when we try to print the message. Python sees this and gives us an error of “NameError: name ‘nam’ is not defined”. One trick you can use to help reduce incorrect spelling of variable names is to use an editor like Visual Studio Code. The Python interpreter doesn’t spellcheck code but the editor is able to inspect your code before it is even executed and will give you a squiggly line if there is a problem.

That small visual indication will alert you to the problem, then you can easily correct the spelling before trying to run the program 👍 So many programming errors come down to a typo which is the result of a single character being incorrect. Even the most experienced programmers run into these simple kinds of naming errors.

In some programming languages, you need to declare the type of a variable. You don’t need to do this in Python. To set up a variable, all you have to do is write it out and assign a value to it.

By assigning a value to a variable name, the memory is allocated for that variable to hold its value. Variables can hold all kinds of types such as integer, boolean, string, float, list, tuple, and dictionary. To inspect what the type of a variable is, you can use the reserved function named type(). Let’s see that in action.

Just by assigning the value to a variable, Python is able to use the correct type. It does this by inferring the value type by looking at the right-hand side of the assignment operator.

These are just the basics of how to name and use variables in Python. You’ll want to be familiar with all the rules and guidelines here to help you avoid errors as much as possible in your Python programs 😊

← Todo App With Django And Bulma | How To Use Python Strings →