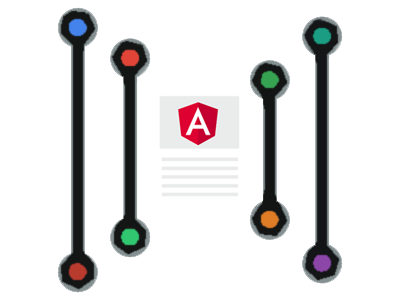 Since Angular leverages Typescript, developers can make use of strong typing. This is a big help during development, since your IDE will help catch errors before even building the application. That way, you can fix issues as soon as the IDE gives a notification that something went awry. Taking this concept one step further is the use of Interfaces. Although JavaScript itself does not have Interfaces, Typescript does. Interfaces are very common in object-oriented programming languages like Java, PHP, and C#. With Typescript, we can now also use them on the front end.

What is an Interface?

We can make an interface to be used with our GameListComponent component class now. First, let’s add a game.ts file to the games directory. 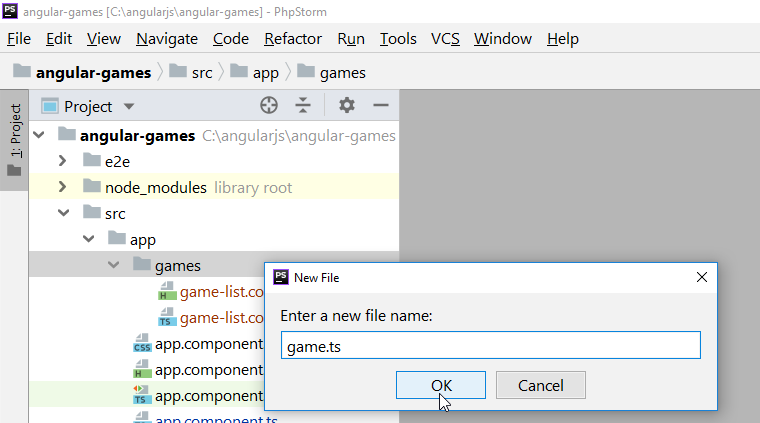 export: The export keyword is needed so Classes elsewhere can implement as they need to

Using an Interface as a Data Type

In the code above we first import the interface using import { IGame } from ‘./game’;. Then, we can use the interface name as the data type on the games property. That is the second highlighted line above.

How Does The Interface Help?

The games array now has a specific data type of IGame. What that means is that the data that populates that array must exactly match the properties set forth in the Interface which we created first. In other words, the array of games in now strongly typed. Our IDE should notify us if we are missing anything or if there is a misspelling. Let’s test that out.

Basically the it’s just saying, “Hey! You forgot the gameId property for this game!”. So that is a great way to catch errors and make sure you didn’t miss anything before you even try to build the application.

The same thing goes for misspellings. Say we have a misspelling on one of the properties. Here we misspell price as prices. Once again we see an error of TS2322: Type ‘{ ‘gameId’: number; ‘gameName’: string; ‘gameCode’: string; ‘releaseDate’: string; ‘description’: string; ‘prices’: number; ‘thumbRating’: number; ‘imageUrl’: string; }’ is not assignable to type ‘IGame’.   Object literal may only specify known properties, and ”prices” does not exist in type ‘IGame’.

Fix that spelling error and you’re good! Interfaces go hand in hand with the strong typing feature of Typescript. Checking the result in the browser shows that the application works just as it did before. The benefit however is that our code is just a bit cleaner, and better organized by making use of that interface.