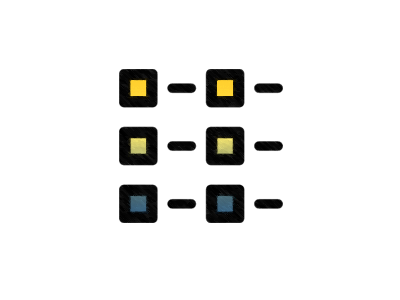 A list is a collection of items in a particular order. They allow you to store various types of data as individual elements within the list. Python Lists are probably the most used type of construct to work with within the Python programming language. The concept of lists are fairly easy to grasp even for newer programmers, and they are an important foundation concept in Python as they are part of many different concepts in Python programming. In this tutorial, we’ll learn all about how to use Python lists.

A list is a data structure in Python that is a mutable, ordered sequence of elements. Mutable just means that the list can be changed. Each element that is inside of a list is called an item. Lists are good for when you want to work with several related values. They make it easy to organize your data or to perform the same operation on multiple elements at the same time. You can make a list that includes the digits from 0–9, the letters of the alphabet, or the names of your favorite ice cream. Although grouping related items together in a list is common, you can put anything you want into a list, even if they are not related. Since a list usually has more than just one element, the variable name of a list is often plural.

Just as strings are defined as characters between quotes ' ', lists are defined by having values between square brackets [ ]. This code snipped defines an empty list in Python:

Here is an example list that has different vegetables. The individual elements in the list are separated by commas.

This example list has an integer type, a string data type, a boolean value, a list, and a dictionary, all contained as elements of a list.

Everything in Python is an object, and objects have methods. You can take various actions with these provided methods. The list object has several useful methods to use with lists. Let’s look at a few of them here.

The count() accepts just one argument when you call it, and that is the element to count occurrences of. Consider our list of vegetables:

append() takes a single argument of item, which is the item to be added to the end of the list. Since we can put any data type inside of a list, the appended item can be a string, number, list, dictionary, or any other data type. Let’s add another ‘Lettuce’ to our list so that we can test out the count() method again.

Cool! Now we can try that count() function again and see the result.

The index() list method returns the index of the specified element in the list. Its syntax is as follows:

The index() method returns the index of the given element in the list and if the element is not found, you will get a ValueError Exception.

The ‘Asparagus’ is at index 3. This is because lists begin at 0, not 1. Because the first index is 0, the last index is one less than the size of the list.

If the second parameter is provided, this is where index() begins its search from left to right. In the example here, we start searching at 4. Since ‘Asparagus’ is at index 3, the item is not found, and an exception is raised.

In this next example, we will use three parameters for the index() method. We can specify the element to search for, the index to start searching at, and the index to end searching at. Since the item we look for is indeed in between the start and end index values, then we have a successful index lookup.

To see the index of every item in a list in Python, you could use this neat little snippet of code which uses the enumerate() function to provide an index we can access in a for loop.

If you know the index of a given item, it is then easy to access that item using the square bracket [ ] notation like so:

If you want to reverse the order of the items in a list, you can call the reverse() list method. They sytax is as follows:

No parameters are available with the .reverse() method and it reverses the list in place. This means it does not return a value, it modifies the actual list. This is why
you would use veggies.reverse(), instead of veggies = veggies.reverse().

We can use the index() method once again after having used the reverse() method. We can see that ‘Asparagus’ has changed the index position it is located at.

The reverse() method changes the order of a list permanently, however you can go back to the original order by applying reverse() to the same list a second time if you need to.

The clear() method removes all items from the list and its syntax is as shown:

The clear() method doesn’t take any parameters and does not return a value. It simply empties a given list.

The copy() method is used to create a shallow copy of the list and the syntax is displayed here:

The copy() method doesn’t take any parameters and returns a new list. It does not alter the original list.

What’s interesting is that these look like the same list. They hold the same contents, but they are in fact two completely separate lists. We can prove that by running the id() function on each variable to see that they each have their own unique id.

A list can be copied using the = operator but the problem with copying lists this way is that if you the original *or* the new list, both lists are simultaneously affected with that change. This is because the copied list is only a reference. What you get in this scenario is basically two differently named variables, that both point to the same location in memory. Again, the id() function can show us that.

So if you want to make a new copy of a list, while making sure that each list is completely unique, use the .copy() method instead of the = operator.

If you have two lists that you want to add together, you can use the extend() list method in Python. It adds all the elements of an iterable to the end of the list. That means you can also add things besides lists like strings, tuples, or another iterable. The syntax is as follows:

Just like append(), remove(), sort(), and reverse(), the extend() method modifies the original list. It doesn’t return any value.

This also works when the iterable you are adding is a tuple, set, string, or dictionary.

In addition to the append() method we learned about, there is also an .insert() method that can be used to add items to a list. The difference between append() vs insert() is that with append(), the value is added to the end of the list. When using the insert() method, a value can be inserted into the list wherever you like. The syntax of the insert() method is as follows:

The .pop() method is used to pop an item off of the end of the list. During this process, two things happen. The original list is modified, and the item being removed is returned so you can store that item in a variable. If you pass the pop method an index value, you are able to specify which item is popped out of the list. The syntax of the pop() method is:

If you won’t know the position of the value you want to remove from a list, but you still want to remove it, you can use the remove() method. It removes the first matching element (which is passed as an argument) from the list and its syntax is:

Python’s sort() method makes it easy to sort a list. It sorts the elements of a given list in ascending or descending order with the syntax being:

How To Use Random With Lists

Sometimes you want to get a random value out of a list, and Python provides a really easy way to do this with the random module.

How To Use Python Lists Summary

In this tutorial, we learned what lists are and how to work with the individual items in a list. We learned how to define a list and how to add and remove elements as well as sort lists. We had a look at built-in Python methods we can use with lists as well. Lists are a useful data type since they allow you to write code that works on a collection of values held in a single variable.

← How To Use Numbers In Python | Python While And For Loops →