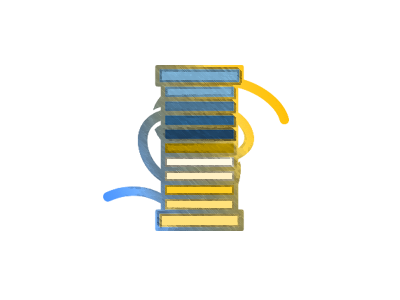 The String data type is one of the most common you’ll likely use in Python. Strings are used to represent text, and text is something that is quite useful to work on and manipulate in a Python application. Python strings are immutable, meaning they can not be changed in place once created. You can manipulate a string, and then store its contents in a new variable, but the original string will remain intact. In this tutorial, we’ll take a look at some different concepts with regards to Strings in Python. We’ll look at formatting strings, learn about what are known as “F Strings”, understand what a docstring is, learn how to use slashes and backslashes, make use of variables in Python strings, and see how to look for substrings within strings. Let’s get started.

A String in Python is one or more characters. Anything inside of either single quotes ' ', or double quotes " ", is considered a string. Even a string with nothing in it (an empty set of single or double quotes) is still a string. Here are a few examples of strings in Python:

Using str() To Create A String

The str() function allows you to turn a different data type into a string.

The + operator allows you to add string literals as well as string variables.

You don’t even have to use the + operator if you’re feeling particularly lazy when working with string literals (not variables). If you assign several strings one after the other to a variable, Python will automatically concatenate for you with no use of the + operator.

Spaces are not automatically added for you when concatenating strings in Python, so you need to account for that. The print() function does add a space between each argument as well as a newline at the end.

You can easily duplicate strings with the * operator in Python.

Starting with Python 3.6, programmers can now use what is knowns as f-strings. This new feature allows you to omit the use of the .format() function and introduces a type of string interpolation. Curly braces {} are still used as the placeholder for variables, but all you need to do now is precede the string with a lowercase f to denote an f-string. Then, you fill in the variable names inside of the curly braces. Here is the code example just above, rewritten to make use of f-strings:

So whether using the older .format() function, or f-strings, we now know how to use variables in Python Strings.

Check If A String Contains A String

The not in operator

The in and not in operators can be used with strings to see if they do, or do not contain a specific substring. The use of in or not in will evaluate to a Boolean True or False.

You can also use the .find() method to see if a string contains a specific value. This approach does not evaluate to True or False, but rather returns an integer value. If the substring is not found, -1 is the result. If the value is found, the result is the integer value of the beginning of the substring.

Python has several methods the deal with the case of a string. These include lower(), swapcase(), title(), upper(), islower(), istitle(), and isupper().

.lower() Returns a copy of the string converted to lowercase.

note: You may also use the .casefold() function for this as a more powerful version of .lower() as it remove all case distinctions in a string including special characters making it suitable for caseless comparisons.

.title() Returns a version of the string where each word is title cased. In other words, words start with uppercase characters and all remaining cased characters have lowercase.

.upper() Returns a copy of the string converted to uppercase.

.capitalize() Returns a capitalized version of the string. This function makes the first character have upper case and the rest lower case.

How To Slice Strings

Strings in Python are a sequence of characters. Each character lives at an index. The index is like the position that the character occupies. To show this, we can use the .index() method to see where in the string a certain character exists.

.index() Returns the lowest index in S where substring sub is found, such that sub is contained within S[start:end]. Optional arguments start and end are interpreted as in slice notation. Raises ValueError when the substring is not found.

Note that this is case sensitive. Look at what happens if a capital letter is used instead.

The value of 5 is returned. How does this work? It may help to see a visualization. If you are familiar with lists in Python, then you know the concept of an item in a list having an index. You can almost think of strings like a list as well. Each character in a string has a given index. Here is the visual representation of this example we just looked at.

Knowing this, we can now use the standard slice notation on strings to access specific characters or a range of characters.

To check the length of a string in Python you can use the built-in len() function.

The replace() function can be used to look for and replace certain characters or words in a string. Since strings are immutable, this function does not actually modify the original string, it makes the replacements and returns a new string.

Hmm, that’s not quite right. By default the .replace() will look for all occurrences of the characters to replace, and will replace them. There is also an optional third parameter which specifies how many to replace. We can fix the example above with that third parameter.

If a string has several words, you can split up the string into a list based on whitespace characters. Let’s see how the .split() method works.

.split() Returns a list of the words in the string, using whitespace characters as the default delimiter.

To turn a list of words back into a string, you have access to the .join() function.

.join() Concatenate any number of strings. The string whose method is called is inserted in between each given string. The result is returned as a new string.

The syntax might be a little confusing. What you are doing is calling the .join() method on the string representation of the separator that you would like to use. So you could join a list of words on the happy face if you like.

.count() Returns the number of non-overlapping occurrences of substring sub in string S[start:end]. Optional arguments start and end are interpreted as in slice notation.

There are two methods to check if a string starts with or ends with a specific character or substring. These are the .startswith() and .endswith() methods.

.startswith() Returns True if the string starts with the specified prefix, False otherwise.

.endswith() Returns True if the string ends with the specified suffix, False otherwise.

Adding Tabs or Newlines To Strings

Sometimes it helps to add either tabs, newlines, or some other form of white space to help format the output of a program to make it easier for the end-user to read. Let’s see a few examples of how to do this.

Tabs To Spaces With expandtabs()

Python has an .expandtabs() function which returns a copy of the string where all tab characters are expanded using spaces. If a tab size is not given, a tab size of 8 characters is used. The below example removes the leading and trailing tab characters and replaces them with 4 spaces each.

It’s quite common to have a need to remove leading or trailing whitespace characters in a string. These include spaces, tabs, and newlines. To clean up string you can use either .strip(), .rstrip(), or .lstrip(). These are pretty self explanatory and do exactly what you think.

If you have specific characters you want to strip, you can pass that as an argument to the function.

Python has a few alignment functions you can use to neatly format how a string is displayed. The function to handle aligning strings are the .center(), .ljust(), and .rjust() functions. The way these functions work is to pass them a number which specifies how wide the “box” is that will hold the string to be justified. For example, if you pass the number 34 to the .center() function, it means that you want a particular string to be centered in a layout area that is 34 characters wide. Let’s see how this works.

How To Use Python Strings Summary

Processing text information is very common in almost all computer programs and Python has many built-in functions to help make working with strings easier. We learned about how to create strings, slice strings, count the length of strings, concatenate strings, multiply strings, format strings, work with f-strings, handle the case of strings, use escape characters in strings, searched for substrings in strings, split and join strings, and much more.