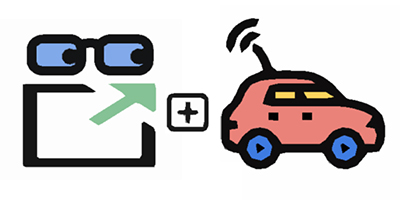 The Revealing Prototype Pattern makes use of two of the patterns we have covered already. It takes the concepts of both the revealing module pattern and the prototype pattern and merges the best of those patterns together. The result is a pattern that offers a lot to the developer and works well for both creating libraries or for custom code in a particular use case. The Revealing Prototype Pattern provides encapsulation and facilitates developers to modularize their code instead of having a mess of functions just randomly strewn about a project. As is the goal in JavaScript, this helps us to take variables and functions out of the global scope by making them part of an encapsulated container. The Revealing Prototype Pattern also enables us to make use of, or emulate the paradigms of public and private members in our code.

Here we have the basic outline of the revealing prototype pattern. The pattern roughly breaks down into 3 different sections as shown. In section 1, we have a Constructor. Inside of the constructor is where all of the variables for your object get defined. These variable assignments will make use of the this keyword in a similar was as to how you might with PHP. Section 1 can be thought of as a state container of sorts.

The revealing prototype pattern makes use of the new keyword in as much as if you want to make use of your defined object, you’re going to have to new it up. This differs from the revealing module pattern where everything operates as a singleton. In this pattern, you can new up as many instances as you need to make use of. The benefits however is that any functions defined in section 2 are immediately available to any new instance you create. Let’s see another example of the revealing prototype pattern.

Our example code here allows us the ability to create new instances of an electric bike. Our constructor holds some basic state information about any newly created instances such as the color and brand of the bike we are using. Our prototype area defines three functions. Those are engagemotor, applythrottle, and applybrakes. By default, all of these functions are private. It’s important to note that the overall structure of the prototype area is one where an anonymous function is being assigned to the prototype, and then immediately invoked. Now in section 3, we have our return statement, and we return an object literal with two members. Recall the name of the key is how you will reference the function you wish to call. The value is the actual function that will get called. We kept a simple one to one mapping to avoid confusion. As our code stands, when we new up an object, that object will only have access to the applythrottle function and the applybrakes function. Those are the two functions we have made public by way of including them in our return statement. The engagemotor function remains private. This is an encapsulated function that exists only to help the bike, or instance, perform it’s job. It is not something consumers of the object even need to be aware of. So this is a good basic example of the Revealing Prototype Pattern where we can see state being maintained in the constructor area, functions being defined in the prototype area, and public members being defined in the return statement.