Object-oriented programming (OOP) is a programming paradigm that is based on the concept of “objects”, which can contain data and methods. OOP is a popular programming paradigm, and it’s a key concept in many modern programming languages, including Python. In this tutorial, we will be diving into the basics of Python OOP, including creating and using classes, defining attributes and methods, and understanding inheritance and polymorphism. By the end of this tutorial, you will have a solid understanding of the fundamentals of Python OOP and be able to apply these concepts to your own programming projects. Whether you are a beginner or an experienced programmer, this tutorial will provide you with the tools you need to master Python OOP.

Creating and Using Classes in Python

Creating and using classes in Python is a fundamental aspect of object-oriented programming. In Python, a class is a blueprint for creating objects (instances) of a particular type.

Here’s an example of a simple class in Python:

In this example, we’ve defined a class named MyClass, but there’s nothing inside the class yet. We can add attributes and methods to the class later.

To create an object (or instance) of a class, we use the class name followed by parentheses. For example:

This creates an object of the MyClass class and assigns it to the variable my_object.

It’s also possible to define a class constructor method named __init__(), which is automatically called when an object is created from the class. The __init__() method can be used to initialize the attributes of the object.

Here’s an example of a class with a constructor method:

Once you’ve created a class, you can create multiple objects from it and use them in your program. Understanding how to create and use classes in Python is an important first step in mastering object-oriented programming in Python.

Defining attributes and methods in Python classes is an essential aspect of object-oriented programming. Attributes are variables that hold data, and methods are functions that perform actions.

In Python, attributes can be defined within a class, and they can be assigned values at the time of object creation or later. Here’s an example of a class with some attributes:

Methods are functions that are defined inside a class and can be used to perform actions on the attributes of the class. Methods in Python are defined using the def keyword. The self parameter is a reference to the current object, and it’s always the first parameter of a method. Here’s an example of a class with a method:

In this example, the MyClass class has a method named my_method, which when called prints the value of attribute1 of the object.

Here’s an example of a class with a class attribute and method:

Understanding how to define attributes and methods in Python classes is an important part of mastering object-oriented programming in Python. It allows you to create classes that are well-organized, reusable, and easy to understand.

Inheritance and Polymorphism in Python OOP

Inheritance and polymorphism are two important concepts in object-oriented programming (OOP) that allow for code reusability and flexibility.

In this example, the Child class inherits from the Parent class and has access to the method1 method defined in the parent class.

Polymorphism is the ability of an object to take on multiple forms. Polymorphism allows objects of different classes to be used interchangeably, as long as they have a common interface (or method). In Python, polymorphism is achieved through method overriding and method overloading.

Method overriding occurs when a derived class provides a different implementation of a method that is already provided by its base class. For example,

Method overloading is a technique in which a class has multiple methods with the same name but different parameters. Python does not have built-in support for method overloading, but it can be achieved using default arguments, variable-length arguments, or method-overloading libraries.

Both inheritance and polymorphism are powerful concepts in OOP that allow for code reusability and flexibility. Understanding how to use these concepts in Python will help you to create more efficient and maintainable programs.

As you become more proficient in object-oriented programming in Python, you may want to explore some of the more advanced concepts that the language has to offer. Two such concepts are decorators and metaclasses.

A decorator is a function that takes another function and modifies its behavior. In Python, decorators are used to add extra functionality to a function or a class method. They are defined using the @ symbol followed by the name of the decorator function. Decorators are typically used for logging, caching, and enforcing access controls. Here’s an example of a simple decorator that adds logging to a function:

A metaclass is a class that defines the behavior of other classes. In Python, a class is an object itself, and it’s an instance of its metaclass. A metaclass is defined using the class keyword and it’s typically a subclass of the type class. The type class is the default metaclass in Python and it’s used to create all classes. Here’s an example of a simple metaclass that counts the number of instances of a class:

In this example, the InstanceCounter metaclass is a subclass of the type class. It overrides the __init__ and __call__ methods to add an instance_count attribute to the class and increment it every time an instance of the class is created.

Decorators and metaclasses are powerful features of Python that allow you to create more flexible and reusable code. However, they can also make your code more complex and harder to understand, so it’s important to use them judiciously and only when they are truly needed.

Real-World Applications of OOP in Python

Object-oriented programming (OOP) is a widely used programming paradigm in Python and it has many real-world applications. Here are a few examples: 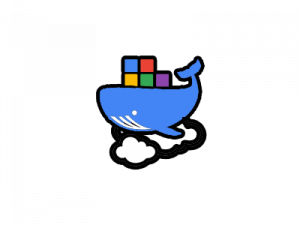 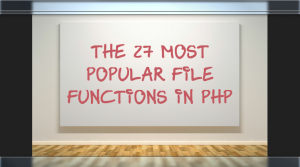 The 27 Most Popular File Functions in PHP 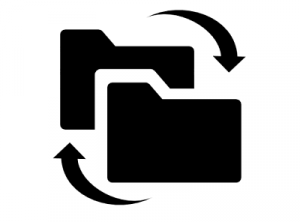 A Beginner’s Guide to C Programming