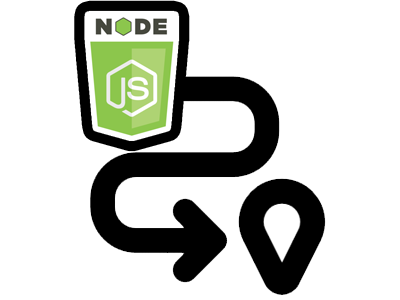 In our last Node.js tutorial, we learned how to render some very basic html to the screen. Of course an actual website or application will have many different html files to present to the user. Typically you will need some type of routing mechanism to handle this. In this episode, we’ll take a look at a routes example where a user can load different urls in the browser. Each different url will be a different route, which in turn will load a different html page from the node.js server. Let’s see how we can set up very basic Node.js routes now.

We need to have at least two html files to demonstrate routing in Node.js. We will stick with the simple index.html file from the last lesson, and also we will create a new about.html file in the project. Here are those two files if you are following along.

Putting routes in a separate file

Often times in Node.js, there will be a separate file which will contain all the routes for the application. This JavaScript file will handle the incoming http requests and assign correct routes as needed. As such, let’s create a new JavaScript file named routes.js. 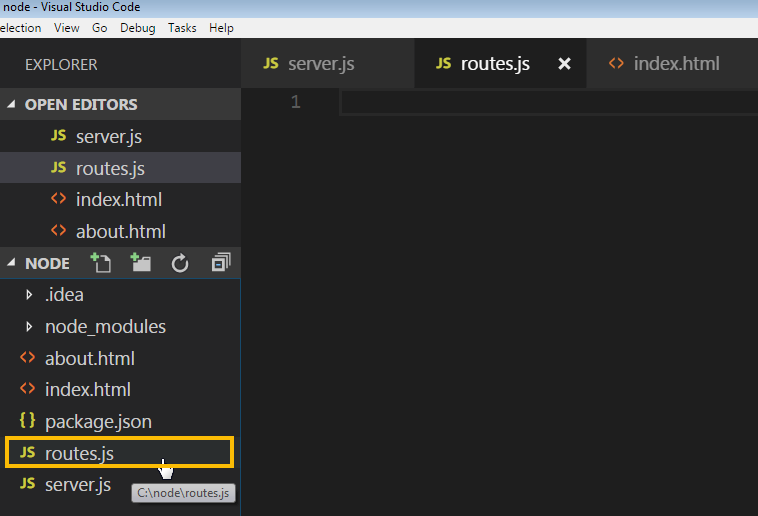 So what are we going to put in this routes.js file? Well, what we need to setup is an export of a function which we can then use in the main server.js file. We can start with this.

In order to set up routing, the application needs to be aware of what url was typed into the browser. Node.js has a url module which allows us split up a url into all of it’s readable parts. We are going to needs this to set up our routing so let’s include it in our routes.js file now.

Now we are ready to set up a couple of routes. One route will load the index.html page and the other roue will load the about.html file. The way that we do this is to first determine the path. In the case of finding a path of /, then index.html will get rendered. In the case of a path of /about.html, then about.html will get rendered. Let’s update the module.exports in routes.js to the following code.

In this code above, we first find the path we are interested in via url.parse() and pathname. Very nice.

Using a switch statement to route

Now that we have the path, we can use a switch statement to load different html files based on what the path variable holds. We can see that if the path holds the value of ‘/’, then a render function is called passing the ‘./index.html’ file as an argument. On the other hand, if the path holds the value of ‘/about.html’ then that same render function would fire but this time it would take the string of ‘./about.html’ as an argument. Lastly, we set up the default scenario which provides for any route that does not exist. Notice that we use an ES6 Object Literal to store that render() function we need. Here is our full routes.js file now.

The final thing we’ll need to do is to make sure that we are importing routes.js into our main server.js file.

In the snippet above, we first see that we use let router = require(‘./routes’); to store all the logic we just built in routes.js right into that router variable. Now, when we go ahead and create the server, we can make use of the router.handleRequest function to actually process the routes. Pretty cool. Let’s fire up our server and test it out in the browser. 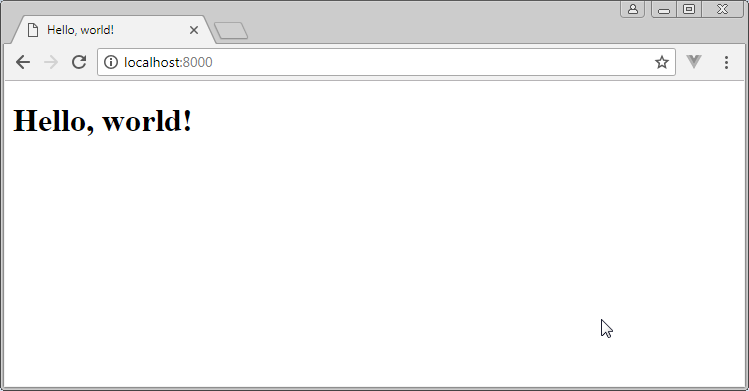 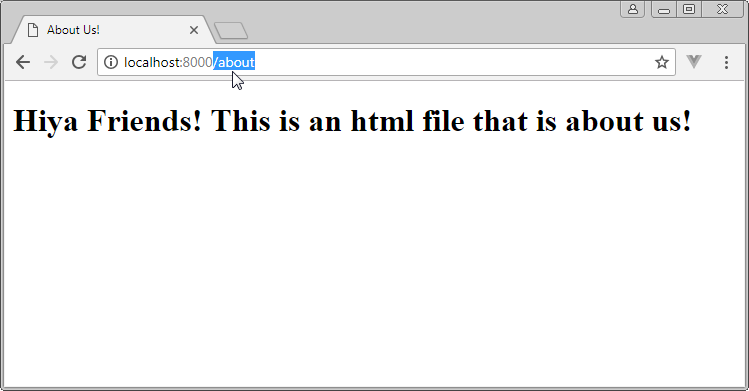 We can even try visiting a jibberish route like this http://localhost:8000/jibberish, and because we set up our routing to handle this we will get a nice error message. 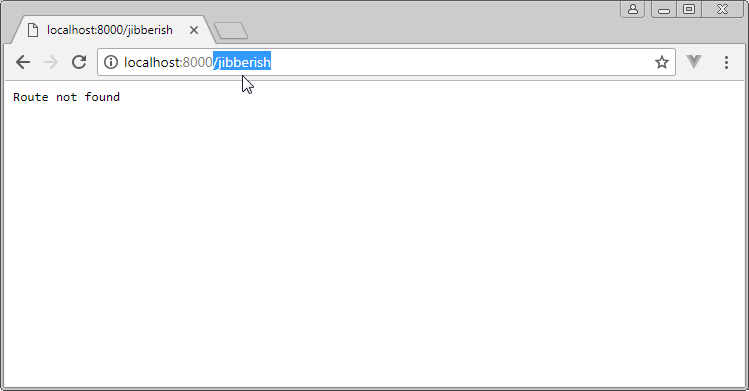 In this tutorial, we learned how to set up routes in Node.js from scratch. This helps us to understand the basics of how Node.js works. In almost all cases, you would not actually have to set up your own routing in Node because you could use one of the many available frameworks that do all the hard work for you. For example Express.js could be used to vastly simplify what we created above. It is still helpful however to see how to do it the long way so to speak, before using a framework to make things easier.