Skip to content
← Python Function Tutorial | What Are Some Common Programming Algorithms? → 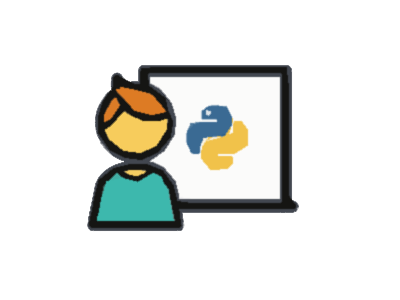 A class is the basis of all data in Python, everything is an object in Python, and a class is how an object is defined. They are the foundation of object-oriented programming and represent real-world things you want to model in your programs. You use a class to instantiate objects, which are specific instances of a class. If you had a House class, you might create a colonial object, a contemporary object, or a log cabin object from that base class. A class defines the general behavior that an entire category of objects may have as well as the information that can be associated with those objects. Classes can inherit from each other which means you can create a class that extends the functionality of an existing class. This is a very common practice in object-oriented programming.

How To Create A Class

A class is usually modeled after a Noun. Classes are things. So we might make a class that represents a Person, House, Vehicle, or Animal. These are all common examples to use when learning about classes. For us, we will create a Vehicle class. What information would we associate with a vehicle, and what behavior would it have? A vehicle may have a type, brand, model and so on. This type of information is stored in python variables called attributes. These things also have behaviors. A Vehicle can drive, stop, honk its horn, and so on. Behaviors are contained in functions and a function that is part of a class is called a method.

An instance of a class is called an object. It’s creating by calling the class itself as if it were a function.

Define a method to update an attribute’s value

Define a method to increment an attribute’s value

What about private data?

In many languages, there’s a concept of private variables that cannot be accessed from outside of the class definition. Python doesn’t have that feature. If you want your data to be private, you can follow the convention to use a leading underscore for declaring private variables, functions, methods, and classes in a module. This does not actually enforce the privacy, but it does give a hint to anyone reading the code that these items are private and should only be accessed via getter or setter methods.

In Python, Class names should follow the UpperCaseCamelCase convention. Object names should be written in lowercase with underscores as separators where needed. Module names should be all lower case and when multiple words are needed and underscore should separate them. It is usually preferable to stick to 1-word names if possible for modules.

You can store an instance of a class in a different class attribute. This makes it possible for classes to work together to model complex situations.

Storing an instance of a class in an attribute

Class files grow in size as you add features and functionality. In order to keep your program files uncluttered, you can store your classes in modules and import the classes you need into your main program as needed.

Storing classes in a file

Importing individual classes from a module

Understanding self in Python

You can see that the first parameter of a method is always self. Self is not a keyword, you can actually name that first parameter whatever you like. It does make great sense to use self however, as it is a convention that is recommended you use self so that as people who read your code will know what you’re talking about. So the first argument is self, which is a reference to the object, not the class, to the object. When an object is created from the class, self will reference that object. It provides a way to make other variables and objects available everywhere in a class. The self variable is automatically passed to each method that’s called through an object, which is why it’s listed first in every method definition. Variables attached to self are available everywhere in the class.

The __init__() method is a function that belongs to a class, just like other methods. What is important regarding __init__() is that it’s called automatically every time you instantiate a new object from a class. In other words, it is a constructor function.

Lists can hold as few or as many things as you want them to. In addition to all the other types you can store in a list, objects can be stored in lists as well. Let’s see a few examples of how this works. Here’s an example showing how to instantiate a group of rental vehicles, and ensure all the vehicles are ready to drive.

A collection of rental vehicles

If you want to do object-oriented programming in Python, then you need a good understanding of how Classes work. In this collection of python class examples, we had a look at what classes are, how to create and use a class, what instance attributes are, how to modify attributes, how to use inheritance, and how to follow proper naming conventions.

← Python Function Tutorial | What Are Some Common Programming Algorithms? →