Skip to content
← How To Use Python Lists | Docker Quick Tutorial → 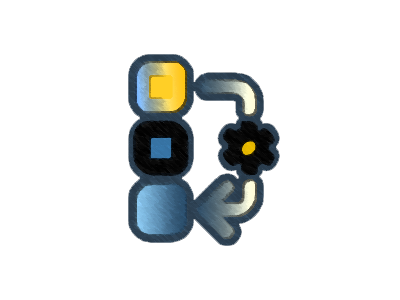 When programming in Python or other programming languages, loops are very important to understand in order to create dynamic programs that can do many different things. Loops are a programming construct that repeats a section of code a set number of times until the desired result is achieved. Much of the power of programming is having the ability to automate repetitive tasks, and loops are the tool to get that job done. In this tutorial, we’ll look at while and for loops in Python, and several examples of how each work. 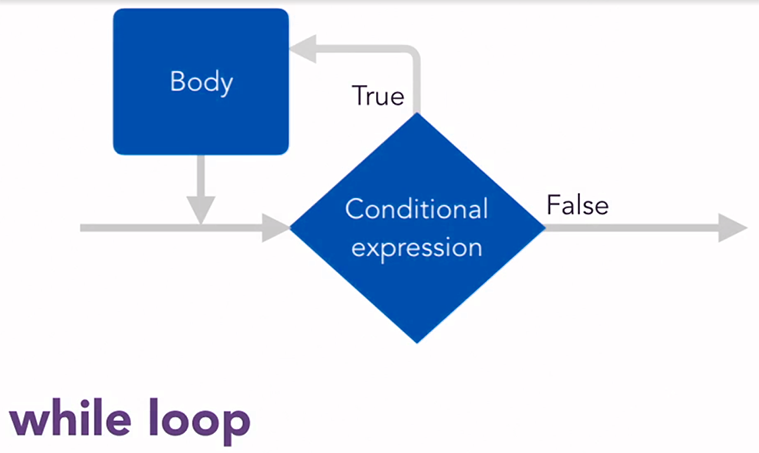 There are times when you need to do something more than once in your program. In other words, we need a loop, and the most simple looping mechanism in Python is the while loop. A while loop runs as long as a certain condition is True. The while loops syntax looks like this:

A simple program that counts to 3 is a great first example of the while statement.

The first step is to assign the value of 1 to the count variable. Next, we check to see if the value stored in count is less than or equal to the number 3. If that expression evaluates to True, then the value in count is printed. The next step is to add 1 to the count variable, which completes one iteration. The process then starts again and continues until count is no longer less than or equal to 3.

The while loop consists of the following.

The highlighted line is super important in a while loop. It is used to increment the value of the count variable.

If you never add 1 to the count variable, then the expression in this loop will always evaluate to True. That means this program will simply print out the number 1 forever. So a while loop with counter helps prevent this. If you do happen to write an infinite while loop, a keyboardinterrupt can stop it. This is done by using the CTRL-C key combination. You might need a way to manually end the while loop.

Control An Infinite Loop With break

You can break out of a while loop with the break keyword. This is used when you want a semi-infinite loop. In other words, you want to keep looping until something specific happens, but you’re not sure when that might happen. What is a good example of this? How about a program that lets you type in a word, and the program will print the string in reverse. The program will continue in an infinite loop until you type the ‘q’ character to quit, which will break the loop. This is an example of using if statements inside a while loop.

This program reads the user’s typing from the keyboard using the input() function, and then prints that string in reverse. As long as the user does not type a single ‘q’ character, then the program continues to run. If they do type just the letter ‘q’, then that break statement runs and the infinite loop stops.

Skip Ahead With continue

You can use the continue keyword to return to the start of a loop based on the result of a conditional test. When a program reaches a continue statement, the program jumps right back to the start of the loop and reevaluates the condition of the loop. For example, consider a loop that counts from 1 to 10 but prints only the even numbers:

Using else With break

If you have a program that uses a break statement in a while loop, but the break statement is never called, control passes to an optional else construct. You use this approach in a while loop that checks for something and breaks as soon as it’s found. The else runs if the while loop completes but nothing was found. This little program checks for words that are 4 characters in length. If it does not find a 4 character word, the else clause runs.

We can change the words list to include a 4 character word to see how the program reacts.

Multiple Conditions In A while Loop

Nested while Loop in Python

You can have a while loop inside of another while loop to create what is known as a nested while loop.

The pattern of repeatedly getting user input from a user of your program can be accomplished by using the input() function inside of a while loop that makes use of the boolean True in the while condition. Let’s see how that works.

Iterate With for Loop 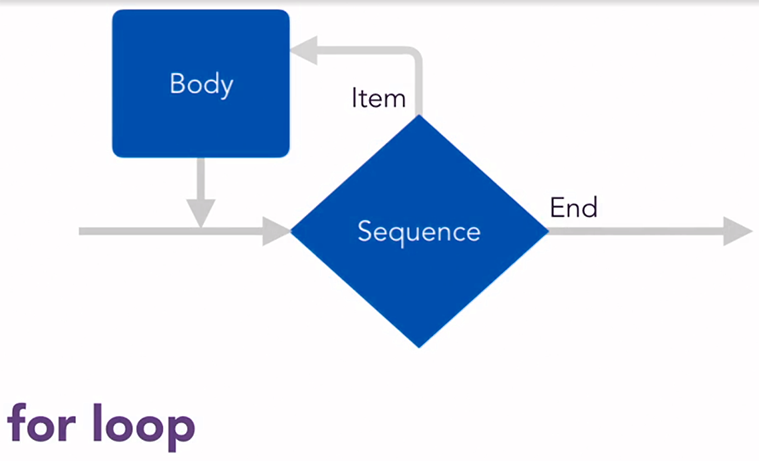 Iterators in Python are great since they allow you to loop over data structures even if you don’t know how big they are. It is also possible to iterate over data that is created on the fly. This ensures the computer doesn’t run out of memory when working with very large data sets. This leads us to the for loop in Python. We learned about the while loop which loops over and over while its condition is True. When you want to run a block of code a certain number of times, you can use the for loop in combination with the Python range() function. There are two types of loops in Python. We already saw the while loop, now we can look at the for loop. We use a for loop to iterate over a sequence. A sequence is something like a list, tuple, string, or any iterable object. When looping over a sequence, this is known as traversing. The for loop syntax is as follows:

Lists such as trees are one of Python’s iterable objects. Strings, tuples, dictionaries, sets, and some other elements are also iterable objects. When we iterate over a list or tuple, we access one item at a time. With String iteration, you are accessing one character at a time.

Here is another exercise where we loop over some questions in a for loop.

for loop through tuple

for loop through string

for loop through dictionary keys

for loop through dictionary values

for loop through dictionary keys and values

for loop with counter
By using the range() function with a for loop, you get access to an index that can be used to access each item of a list.

break and continue statements With for Loops

In this example below, when the num variable is equal to 7 during the iteration, the continue statement is used to skip the rest of the loop.

Check break Use With else In for Loop

Just like the while loop, for has an optional else clause that you can use to check if the for loop completed normally. If a break was not called, the else statement is run. This can be useful when you want to check that the previous for loop ran to completion, instead of being stopped early with a break. The for loop in the following example prints each letter of the string ‘Programming’ while looking for the letter ‘Z’. Since it is never found, the break statement is never hit and the else clause is run.

Using The range() Function With for Loops

Nested for Loop in Python

The syntax for a nested for loop in Python is as follows:

Here are a few exercises of a nested for loop in Python.

Loop Over Several Iterables At Once!

Now that we know a good bit about loops in Python using while and for, you might want to use your superpowers to loop over more than one thing at a time. This is possible using the built-in Python zip() function. If you have two lists, for example, you can loop over both at the same time accessing each index for each list simultaneously – or in parallel.

Python While And For Loops Summary

It is also possible to do a for loop in one line with what is known as comprehensions. Check them out if you are interested. This tutorial covered a lot of ground concerning looping in Python using while and for. We saw how to loop based on a condition such as True, use an else clause with a loop, studied several examples of loops, used the not operator with a loop, handled user input in combination with the while loop, accessed the index in for loops, made use of the range() function with for loops, and controlled loop execution with the break and continue statements. Now go get loopy!

← How To Use Python Lists | Docker Quick Tutorial →