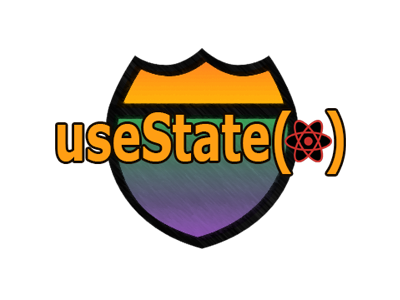 There has been a paradigm shift in how React works with regard to state, classes, and functions. React now has a feature called hooks, and it looks like a game changer. From reading the react documentation, and watching React Conf, it looks like us web developers should become familiar with Hooks in React since they make for cleaner React code. Class components are still supported, but it looks like Hooks in combination with Function Components are the favored approach moving forward.

The useState() hook is the first one to learn about and to use it we import it into a file like so.

The useState() function is a Hook that lets you add state to Function Components in React. Prior to this, only Class Components could use state.

We can use this hook to assign a state variable. Imagine we were to create a Todo application, we could put useState() to work like this.

useState() Returns a stateful value, and a function to update it.

We can see in the console the result of logging out todos and setTodos. The first holds that array of three objects, and the second holds a function as we can see by the f character.

So let’s go ahead and render out those three objects we have stored in the todos variable. We learned that when creating a list with react we can use the map function like so.

We now have three things to do!

Let’s move the markup to render out the todo items to a dedicated component. Create a new file named todo.jsx in src/components and add this code.

Now in the main App.js file, make the highlighted updates.

Now we still have the three todo items rendered on the page, but are using to Function Components to do so.

We need more things to do. For that, we can create a new component which will hold a form and text input field to add a new todo. Soon we will see how to update the state! Add a new file named todoform.jsx and add it to src/components.

Now we can import and render it in the main App.js file.

We are ready to update the state of our todos variable. We can raise an event in the <TodoForm /> component, and then handle that event in the <App /> component. We can start in App.js by passing a prop as an attribute on <TodoForm /> along with defining the handleAddTodo() event handler. Both are highlighted here.

At this point the form has an onSubmit action. This means when the user hits the “Enter” key, the value of the form will be passed to the handleSubmit function. Inside of that function an onAddTodo event is raised. We have access to that since it was passed in to the component as a prop. When this event is raised, the handleAddTodo function runs in App.js. At that point, setTodos() is called, and the state is updated!

Mark A Todo As Complete

Now lets add a button to the <Todo /> component to be able to mark an item as complete. There are a few steps to do this. First, we can add the button to the todo.jsx component file.

Above are the important highlights. On line 3, we need to accept the onComplete prop into the component. On line ten, the familiar use of a ternary operator is put to work in order to decide if a line through will be applied to the text of the todo item. Lastly, you can see the new button which when clicked raises that onComplete event while also accepting the index as an argument. That index is needed to know which todo item has been completed. Now we need the following updates to App.js.

There is a new event handler named handleComplete() in the component. This event handler runs when a user clicks the button and raises the onComplete event. Once again, we see that the setTodos() function is called inside of handleComplete() in order to update the state. Lastly, notice that the embedded <Todo /> has two new attributes of onComplete and index. That is the reason we can access them over in todo.jsx. This is a sometimes tricky part of React, and that is keeping track of the data sharing between components. So let’s see that in action now.

Mark a Todo as Unfinished

Following the convention we used above, it should now be easy to implement a button which when clicked marks a todo as unfinished.
todo.jsx

Now we can also mark a todo as unfinished.

To round out the application, we can add one more button to allow for deleting a todo. Once again, this follows the same pattern.
App.js

In this tutorial we had a look at the new useState() hook in React. In doing so, we build a little todo application. The useState() function now allows web developers to add state handling capability to Function Components, whereas in the past only Class Components had such ability. In addition, this new approach does away with the confusing nature of using this in JavaScript.