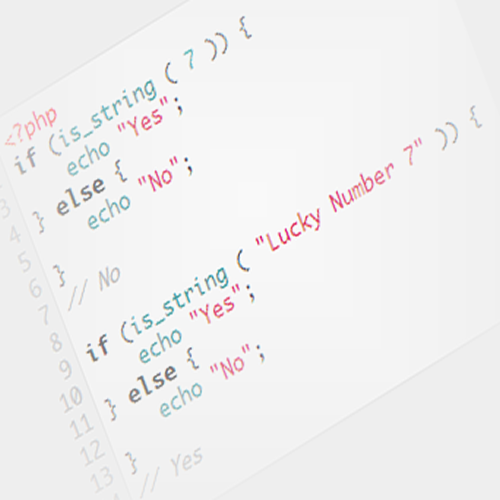 Strings are everywhere in our lives and in our programming. When we think of reading text, what we’re really doing is reading strings in a sense. In PHP a string is just an array of characters. There are several ways to define strings, and many ways to use the built in PHP functions to operate on them. Let’s take a look at the various ways we can define strings, and then we’ll cover The Top 9 Most Popular PHP String Functions, similar to our popular most used array functions in PHP blog post. Let’s jump in!

There are three main ways to define strings in PHP. We have:

Double Quotes
Double quotes are useful when you have a PHP variable you want to embed within the string, since when the PHP runs, it will use interpolation to grab the actual value of that variable.

Single Quotes
Some people find it easier to leave their variables out of strings and let them be more hard coded sort to speak. Use single quotes for that.

Note: You don’t have to use EOD as your delimiter, you can use anything you like as long as they are the same!

The substr() function helps you to access a substring between given start and end points of a string. It can be useful when you need to get at parts of fixed format strings.

The substr() function prototype is as follows:

The return value is a substring copied from within string.

When you call the function with a positive number for start (only), you will get the string from the start position to the end of the string.

The length parameter can be used to specify either a number of characters to return if it is positive, or the end character of the return sequence if it is negative.

5 signifies the starting character point (B) and -13 determines the ending point (count 13 places backwards starting from the end of the string).

Learn more about substr() at http://us3.php.net/substr

Next up we have the popular strlen() function for checking the length of a string. If you pass it a string, strlen() will return its length.

Often times this function is used for validating input data or making sure a string variable has a value.

Learn more about strlen() at http://us3.php.net/strlen

The most commonly used string function for replacement is str_replace(). It has the following prototype:

str_replace() replaces all the instances of needle in haystack with new_needle and returns the new version of the haystack.The optional fourth parameter contains the number of replacements made.

A really awesome feature of str_replace() is the ability to pass an array to both the search terms and replace terms, as well as an array of strings to apply the rules to!

Learn more about str_replace() at http://php.net/manual/en/function.str-replace.php

The first step in tidying up data is to trim any excess whitespace from the string. This is a good idea to prepare for a database insert or string comparison.

The trim() function strips whitespace from the start and end of a string and returns the resulting string. The characters it strips by default are newlines and carriage returns (n and r), horizontal and vertical tabs (t and x0B), end-of-string characters (), and spaces. You can also pass it a second parameter containing a list of characters to strip instead of this default list. Depending on your particular purpose, you might like to use the ltrim() or rtrim() functions instead which perform the same operation, but you choose which side of the string to affect.

Here we remove some literal junk from the beginning and end of our string:

Learn more about trim() at http://us2.php.net/manual/en/function.trim.php

The function strpos() operates in a similar fashion to strstr(), except, instead of returning a substring, it returns the numerical position of a needle within a haystack.

The strpos() function has the following prototype:

The integer returned is the position of the first occurrence of the needle within the haystack. The first character is in position 0 just like arrays.

We can see by running the following code that our exclamation point is at position 13.

This function accepts a single character as the needle, but it can accept a string of any length. The optional offset parameter determines the point within the haystack to start searching.

This code echoes the value 11 to the browser because PHP has started looking for the character ‘m’ at position 3.

In any of these cases, if the needle is not in the string, strpos() will return false. To avoid strange behavior you can use the === operator to test return values:

Learn more about strpos() at http://us2.php.net/strpos

strtoupper() is also quite popular for many of the reasons listed above, in reverse, meaning take lowercase or a mixed case string and set it to all upper case. We’ll change things up and create a wake up function to get our workers going in the morning.

is_string() is used to check if a value is a string. Let’s take a look at this within an if() statement to take an action on strings in one way and non-strings in another. is_string() returns true or false.

The function prototype for strstr() is as follows:

You pass strstr() a haystack to be searched and a needle to be found. If an exact match of the needle is found, the strstr() function returns the haystack from the needle onward. If it does not find the needle, it will return false. If the needle occurs more than once, the returned string will begin from the first occurrence of the needle.

As an example, let’s say we have a submission form for people to submit their website, but we would like it in a certain format. We can use strstr() to check for a string within a string to help us here:

By getting a mastery of these very commonly used string functions, you’ll be well on your way to getting all kinds of tasks completed in your applications. If you enjoyed this tutorial, you may also enjoy our JavaScript String Functions tutorial as well!