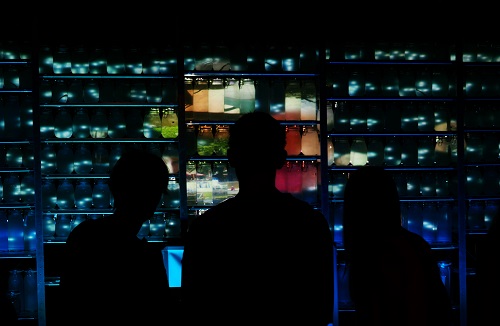 1. Entrepreneurs Can Change the World

Entrepreneurs can be anyone and they never give up. They always know that anything is possible. The United States started with people who had nowhere to live, eat, or stay. The things that they did have were dreams, ideas, and the determination to make them possible. People who believe that they can make a difference in the world can be entrepreneurs. Some examples of entrepreneurs are Benjamin Franklin, Thomas Edison, Madame Marie Curie, the Wright Brothers and Steve Jobs. Let’s look at some great wordpress blog posts here.

Steven Johnson demonstrates how ingenuity and discovery happens throughout the world. There are seven constant themes that keep recurring from civilization and in natural law. For one thing, concepts don’t always start as a “Eureka” moment. They start off as a simple thought, making their slow progress through the field of the mind. Then they meet up with another thought from the outside which is just as good as or even better than the original. Mr. Johnson reminds us to keep the light bulbs of ideas illuminated.

Two presidents of the United States of America had their own share of misfortunes and tragedies. Even they had day jobs before succeeding as presidents. Abraham Lincoln co-owned a general store. He struggled with it and the business went under. He even lost twice in the Senate! But he persevered until he became president of the United States.

Ulysses S. Grant was known to have been an excellent tactician and strategist, but his early military career was a dismal failure. He was accused of drunkenness which forced him to resign from his post. His civilian life proved to be a struggle economically. As a result of his situation, he had to work on his father-in-law’s farm. Despite these hardships, he later became a great general and later a greater president.

Anthony Robbins is a motivational speaker and life coach. He is the author of the books Unlimited Power, Unleash the Power Within and Awaken the Giant Within. Mr. Robbins’ seminars and infomercials teach people how to improve themselves in all aspects of their lives.

In one particular session, Mr. Robbins spoke about his good friend Mr. Sylvester Stallone. He discovered that Mr. Stallone wanted to become an actor ever since he was a child. He became the living embodiment of the motto to never give up. Stallone went to every agent in New York and was rejected time and time again. After so many rejections, he decided to change his method of getting an acting job. He started writing screenplays. One finally sold. It was called Rocky. Not only did he sell his script, but he managed to get the people who bought the screenplay to cast him in the lead role! If at first you don’t succeed, try it another way until you get what you want!

Mr. Stallone’s story and Mr. Robbins’ unique delivery of it inspires even the most disillusioned people to have hope in their dreams. The art of storytelling is one strategy Tony Robbins uses to motivate his audiences to successfully live their lives.

What do Ben Weissenstein, Andrew Fashion and Lauren Amarante have in common with Adam Hildreth, Cameron Johnson and Ashley Qualls? They are all young people who are entrepreneurs. They all have brilliant, magnificent minds that generate infinite ideas. These teens aren’t afraid of failure. They venture out into the world of today with the knowledge that if they fall down, they are young enough to bounce back.

What separates these talented teens from each other is that Andrew Hildreth, Cameron Johnson and Ashley Qualls have already established themselves as successful business people. They have acquired great wealth before reaching the tender age of 20 on internet ventures. They are worth 38 million, 3.2 million and 8 million dollars respectively. These go-getters prove beyond a shadow of a doubt that a person doesn’t have to wait for old age to make money.

6. Will Smiths 5 Steps To Bending The Universe

Will Smith is proving that the impossible is possible. Will Smith has a work dynamic called 5 Steps to Bending the Universe. These principles have led him to become the multimillionaire that he is today.

• Believe -Believe that you can do things. Everyone else’s opinions are irrelevant.
• Make a Choice -Decisions are hard, but when you make the right choice the universe will step aside.
• Change the Way You Think – Everything that you feel, think, or smell is an idea. Let the universe take over and help you.
• Work Hard – The rewards are great for those who work hard.
• Lay One Brick at a Time -Never say that you can’t do anything. It takes time to be successful in life. Take your time.

Being called legendary, a visionary and the Father of the Digital Revolution are all words that described the genius of Steven Paul Jobs. The world moves at a more rapid pace because of his innovative mind and his inventions. Practically every home in developed countries has at least one of his creations in it.

Most people know of Mr. Jobs’ success story. However, many do not know of his struggles. He was not born rich. He was an adopted son of two working class parents. He dropped out of college. He started a company called Apple, lost it and then regained it. Finally, his health took its toll on him and he passed away on October 5, 2011.

But despite his many set-backs, he still found new and creative ways to acquire knowledge and manipulate it to meet his needs and desires until the very end. His passion for his work catapulted him through all of the struggles. His legacy continues to inspire others to follow in his footsteps.

RSA Animate is the brainchild of the Cognitive Animation Firm. Andrew Park, the inspiration and founder of the company, has literally changed the field of motivational speaking by incorporating animation and graphics into seminars and conferences. In business, usually an employee will work harder if he or she is promised more money. One of RSA’s films shows how business executives recognize how to use different methods other than money to gain more production from their workers. Three motivating factors are autonomy, mastery and purpose.

Try harder even if you have tried hard enough! Derek Redmond was a World Class athlete of track and field. He was participating in the Olympic Games in Barcelona, Spain when he ripped his hamstring during the race. He sat on the ground and cried because he knew he had lost the race. But instead of getting on the stretcher, he got up and tried his best to finish the race. He never stopped thinking about why he was there and what he was determined to achieve. Even though his father had to help him complete that last lap, he finished it. Entrepreneurs never stop pursuing goals even if they know that those dreams are not going to work. They simply find alternative methods to complete them.

Cameron Herold is a Canadian businessman who trains and motivates CEOs of other businesses. He is a primary example that anyone who has drive and determination can be an entrepreneur.

Cameron Herold is an advocate of recognizing and training our youth to become leaders in the business community. Mr. Herold believes that society stifles the traits of young children who display the entrepreneur gene. He was brought up to be an entrepreneur as well as his siblings. He was diagnosed as being A.D.D. and bi-polar. He didn’t receive the greatest grades in school. But he reinvented himself into becoming the businessman he is today.

← Introduction To VirtualBox and Vagrant | Learn How To Code →