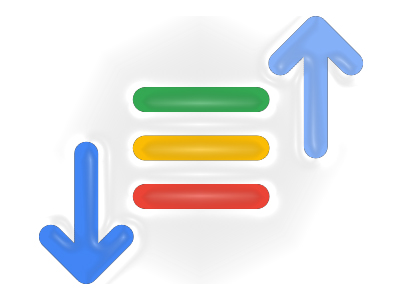 This Underscore JS tutorial will focus on the Underscore sortBy function, which works with both JavaScript objects and JavaScript arrays. Like the other tutorials that offer code examples we can run, so too will we offer several examples of the sortBy() function here. We’ll look at sorting an integer array, sorting string arrays, sorting by the property name of an array of objects, as well as setting up custom sort criteria. Let’s have a look at the Underscore sortBy() function now.

This first example has a simple integer array set up with the values of 1 through 10 assigned to the values variable. In JavaScript, arrays already have a built in sort function, so why the need for an Underscore sortBy function? Well, the sortBy function has just a bit more granularity associated with it. This first example makes use of an oddSorter function which we can pass as the second argument to the sortBy() function to customize how sorting happens. What we do in this case is to sort the odd numbers first, followed by the even numbers. The sortBy() function offers just a bit more control over how you sort.

Example two of the sortBy() function will demonstrate sorting an array of strings. The default behavior is to simply sort an array of strings alphabetically. In this case, we want to change that default behavior. To do so, we can again set up a custom iterator function passed as the second argument to sortBy() to do this for us. What we do here is to set up this custom criteria to sort by the length of each string in the array. This is found in the lengthSorter variable which holds the function to do this. When we run the code, we can see how this works. It’s kind of cool how in sorting this way, the shortest length comes first, followed by longer lengths. We almost create a string pyramid of sorts like this!

The third example of using the sortBy() function deals with sorting an array of objects based on a key of our choosing. So here we have an array of six objects. Each object represents an electric bicycle. We have models by Izip, Anferro, ProdecoTech, Haibike, Benelli, and BH Easy Motion. We would like to sort by the brand of each bike. Notice that the brand is the first key of each ebike object. This is pretty easy. All we do is pass in the array of ebike objects as the first parameter to sortBy() and the key we would like to sort by as the second parameter. In this case, that is brand. If we run the code, we can see the bikes are indeed sorted by brand in alphabetical order.

The final example of the sortBy() function will make use of a few more tricks for more complex sorting. In looking at the data we have to work with, we have the ebike’s array, which has ebike objects in here for ProdecoTech, Bh Easy Motion, Benelli, Haibike, Anferro, and Izip. There is also an additional array in bikesSortOrder which holds, you guessed it, the sort order based on the index of the array. In looking at the sortCriteria function we can see that it’s returning the value from bikeSortOrder based off of the index that’s being passed into it. Finally, when we call the sortBy() function, we pass in the ebikes array of objects and the sortCriteria function. Running the code shows us that this does work. We actually set the sort order in reverse so to speak by setting up the bikesSortOrder array in descending index values. We could put those index values in any order we want to apply the custom sort if we like too.

This wraps up another fun tutorial for using the sortBy function in the Underscore JavaScript library. We can see the power and flexibility we have with sortBy when we need to set custom sort criteria to get the results we want whether working with integer arrays, strings, arrays of objects, or various other types of data.