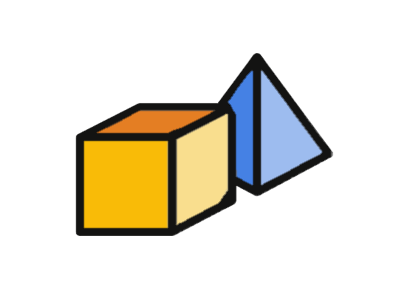 To better understand the concept of algorithms in computer programming, let’s imagine that we have a group of various shapes. You may have some circle shapes, oval shapes, squares, rectangles, triangles, and so on. Your goal is to group these various shapes into several different sets. To organize these shapes with a computer program, maybe you could set up a loop that iterates over all of the shapes and determines what shape it is on each iteration. When its shape is determined, it is assigned to a specific group. Once all of the iterations are complete, then you would have a certain number of groups, each with similar shapes. The complete list of steps required to complete this problem is what is known as an algorithm. In this tutorial, we’ll learn a bit about algorithms in Python.

Time complexity describes how efficient an algorithm is relative to the size of the input it is given to work on.

Space complexity describes how much memory and storage space an algorithm needs to complete the task it is assigned to do.

Algorithms can be serial in nature, parallel in nature, produce exact results, or produce approximate results. Some algorithms might process data in a sequential process, meaning they are serial in nature. Parallel algorithms, on the other hand, can break up data into smaller pieces and then work on each simultaneously. An algorithm may be exact or it can be approximate. The exact type produces a known predictable value every time it runs. An approximate algorithm tries to find an answer that might or might not be exact. Algorithms will sometimes execute each step with an exact decision. This is known as a deterministic algorithm. An algorithm may also attempt to produce a solution using successive guesses, which become more accurate over time. This type of algorithm is known as non-deterministic.

In the table above are some Big-O terms in ascending order of time complexity. It starts with constant time, which has a Big-O of one. This means that the operation in question does not depend on the number of elements in the given data set. An example may be checking if a number is even or odd, or looking up a specific element index in an array. Then we have log n also known as logarithmic time. Finding a value in a sorted array using a binary search is an example of logarithmic time. Next is the linear time which corresponds to a Big-O of n. An example of this is searching for an item in an unsorted array. Last in our table is order of n squared, which is called quadratic time complexity. This means that as the number of items in the data set increases, the time it takes to process them increases at the square of that number, so it is not that efficient.

Here is a list of the most common programming algorithms you may come across.

What Are Some Common Programming Algorithms Summary

In this tutorial, we looked at an overview of various algorithms in computer science. Entire books are dedicated to this topic, so while unable to cover each algorithm in-depth here, we do provide helpful links to each of the most commonly seen algorithms in computer science. Another great resource for algorithms can be found at Khan Academy where they cover Binary Search, Asymptotic notation, Selection sort, Insertion sort, Recursive algorithms, Towers of Hanoi, Merge sort, Quick sort, Graph representation, and Breadth-first search.