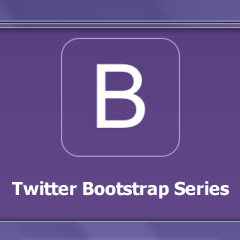 We’ve covered a little bit about the Twitter Bootstrap Framework here at Vegibit already, but now we’re ready for a deep dive. It’s time to really dig in by way of a series. In this first post of the series, we’ll get right into what bootstrap is, who uses it, what’s new, and the pros and cons of UI frameworks. Let’s Jump In!

Bootstrap is a few things, let’s look at the main points here:

There are some really big organizations that use Twitter Bootstrap, it’s not just for the small time web developer. Some of the big names you may recognize include NASA, The State of Kentucky, Medicare, and many more! Be sure to visit these sites to browse many more:

Should I use a responsive design Framework?

That’s a good question! In my opinion, the answer is an emphatic Yes, however in trying to be objective, there are certainly pros and cons. When we look at using UI frameworks, there are a couple of approaches people will often take for their web projects. Let’s take a look at them now.

The goal of the framework is to fall somewhere in between these two extremes. Twitter Bootstrap fits this bill very nicely.

Pros of a Responsive Design Framework

Cons of a Responsive Design Framework

This give us a good jumping off point to get our journey with The Twitter Bootstrap Framework started. We have an idea of what it is, who uses it, the pros and cons, and an idea of how to approach our own learning. In the next episode we will Configure Your Website for Twitter Bootstrap!