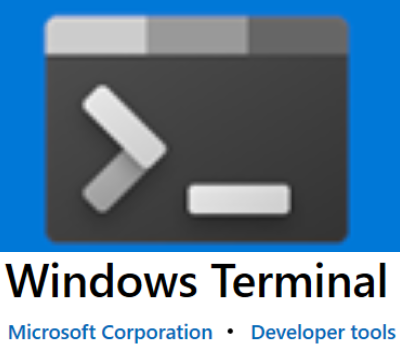 If you’re a Windows user and like to develop software, or simply take an interest in what your computer can do beyond the internet, Facebook, and Gmail, then this post is for you. For some time, the Windows operating system has suffered from the very outdated cmd prompt as a terminal. This has led people to install 3rd party tools like GIT bash, Hyper.js, Commander, and others to have a more feature-rich command-line experience. Microsoft has heard your cries for a better terminal experience and you can now download the New Windows Terminal right from the Microsoft online store.

This new terminal is both powerful and open source as you can see the source code right at it’s Github Repository. There are many new features in Microsoft New Terminal, one of which is Tabs! So if you are used to having dozens and dozens of tabs open on your PC like any good attention-deficit technologist would, then you are stoked for tabs in the terminal. Apparently it also has a GPU accelerated rendering engine, as well as Unicode and UTF-8 character support. Sounds cool to me!

With that introduction, you should be pumped for this awesome new command-line interface experience on Windows. In order to take this new software for a test drive yourself, you’re going to need to make sure you meet the requirements to get this new tool installed and running. 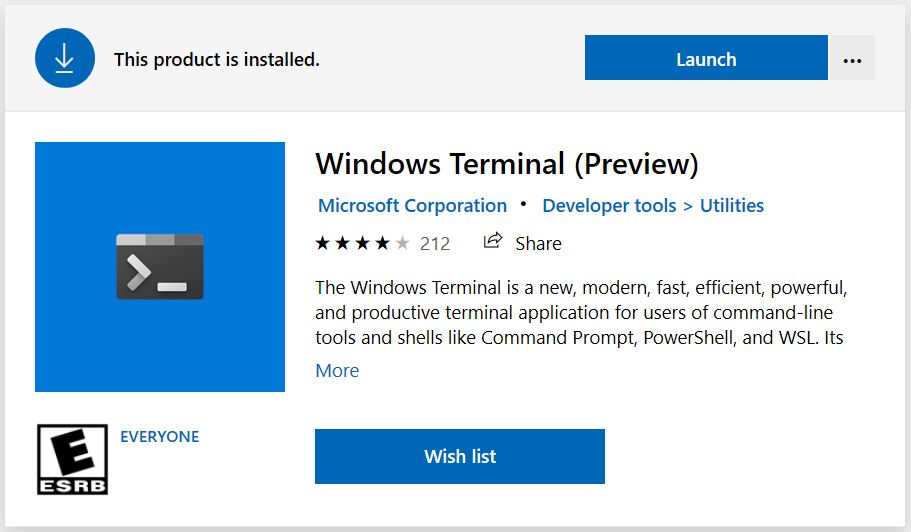 If you meet the operating system and architecture requirements and get the new terminal installed, you’ll see this nice layout with a fresh Powershell prompt to get you started.

This new terminal gives you many options for customization. You can change things like the background color, add a background image, set a color scheme, and much more. If we click the settings dropdown menu:

A profiles.json file opens with these contents.

How you can edit this file is fairly involved actually. It may be best to read the profiles.json terminal documentation to understand how it all works. Here is the quick version:

But I just want to change the background color of the terminal you’re thinking. How can I do that? You’re in luck. The profiles.json file has a section named schemes. In there, you can add custom color schemes. Consider we want to change the background color to the purple hue of an Ubuntu terminal. The highlighted changes here will give us that effect.

With the new additions to the profiles.json, you can see the new color take effect right away! No need to restart the terminal. Just update the JSON with valid configuration options, and voila, you’re good to go.

There are a few color schemes built-in by default if you would like to try them. Here is how to do that.

If you want to go all out and make your own wacky scheme, you can put the entire scheme in the schemes array and then reference just like we have been doing above. For example, here is an updated profiles.json. 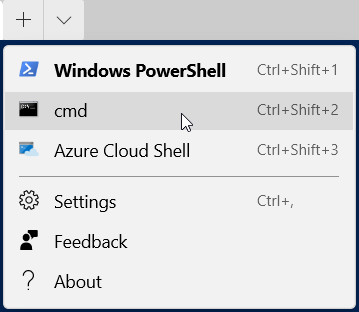 Like we mentioned above, the new Windows Terminal also has support for multiple tabs. You can have multiple tabs of the same type of shell, or you could have multiple types of shells spread out across various tabs. By default, a Powershell tab is what you start with when the new Microsoft terminal first launches. By looking at the menu on the left we can see how to also open a legacy cmd shell in another tab and do work there. If you need to connect to Azure in the cloud, that is also an option.

Maybe the basic colors are not enough for you. You want your terminal to look awesome and unique. For the utmost in customization, you can opt for your own image file as a background. Apparently, you may even put an animated image there. That would drive me nuts however when you are trying to do work and have images dancing around in the background. To set up your custom image as a background for the new terminal, go ahead and place that file in the following directory:

Once your image is placed in the proper directory, you’ll now need to reference it in the profiles.json file like so.

Now we see the awesome new background in the Powershell terminal.

What Else Can New Terminal Do?

In addition to the features we’ve looked at above, the New Windows Terminal includes emulation for VT, ConPty, and 24-bit color. Our customization tweaks above showed how the colors indeed look pretty slick. The nice thing about those multiple tabs is that they can access all the different shells available to you like the legacy command-line shell, a PowerShell shell, an Azure-hosted Cloud shell, or a Windows Subsystem for Linux shell. The customizations are per shell so each one can have its own colors, background image, transparency levels, and so on. In addition, with the widespread popularity of emojis and glyphs, Microsoft added support for these with the GPU-accelerated DirectWrite/DirectX-based text rendering engine.

More About The New Windows Terminal

If you’re excited about the new terminal available in Windows 10, go ahead and check out these other great resources about the new windows terminal!

Microsoft’s New Windows Terminal is a welcome addition to the Windows ecosystem. After living with the old Microsoft console that was difficult to resize, had no tabs, and had cumbersome customization options – this new terminal is a breath of fresh air. If the rapid and very impressive progress that we’ve seen with Visual Studio Code is any indication, Microsoft’s New Terminal is going to become the standard and best option for command-line work on Windows with no need for third-party software for a nice console experience.